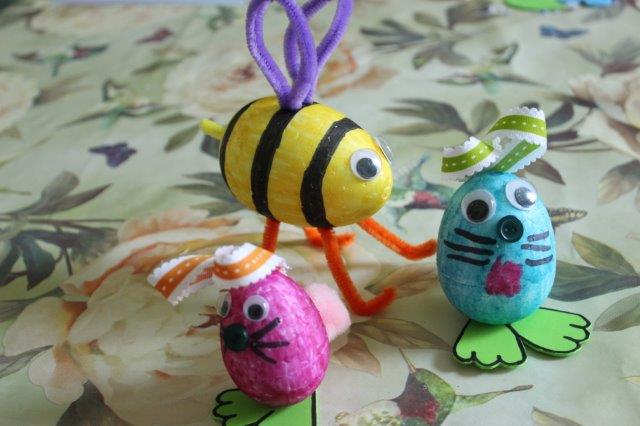 In my last post I showed you a collection of our recently completed Easter Crafts as part of the Bostik craft network. Today I’ll show you how to make an Easter Bumble Bee and Easter Rabbit with our simple and fun tutorial. 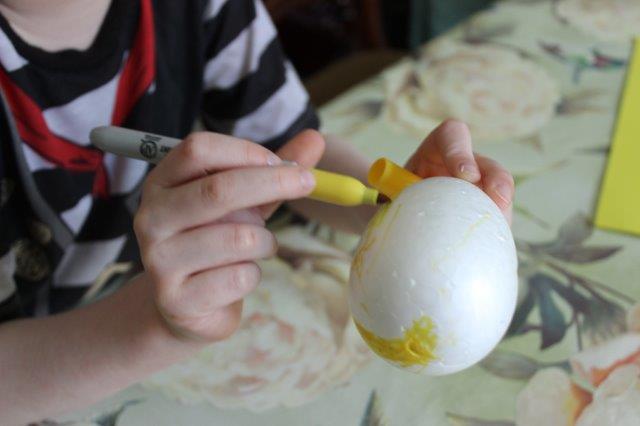 Start by colouring in one of your egg shapes yellow with black stripes. 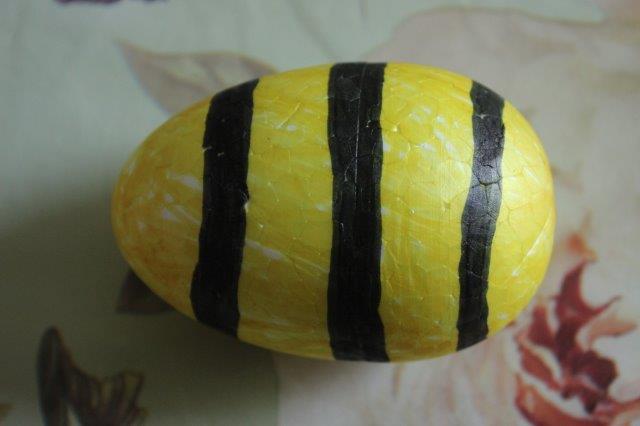 Next take two pieces of pipe cleaner (a colour of your own choice, we used purple) and bend into wing shapes. 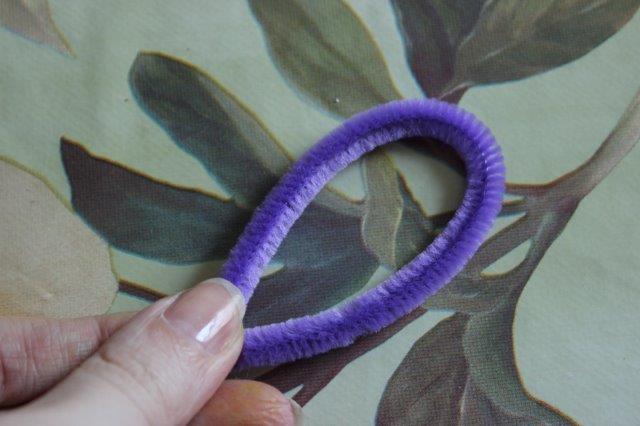 Take another four lengths of yellow or orange pipe cleaner and bend to make legs, obviously if you want a technically correct bee he should have six legs, but four fitted in much more neatly. 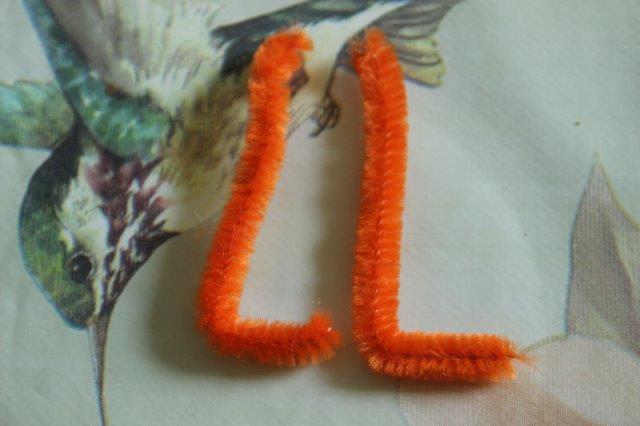 Push the leg pieces into one side of the coloured polystyrene egg shape. Push the wing shapes into the opposite side.

Finally stick some large googly eyes to the front of your bee, and push a small length of yellow pipe cleaner into the end to make his stinger! 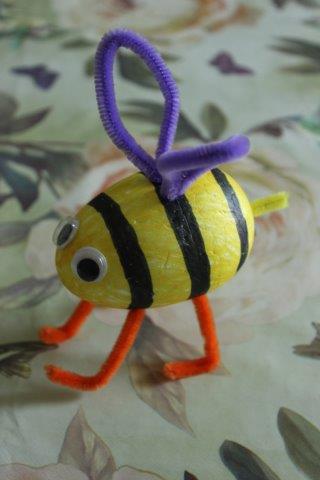 Begin by colouring in a polystyrene egg shape in a colour of your choice. 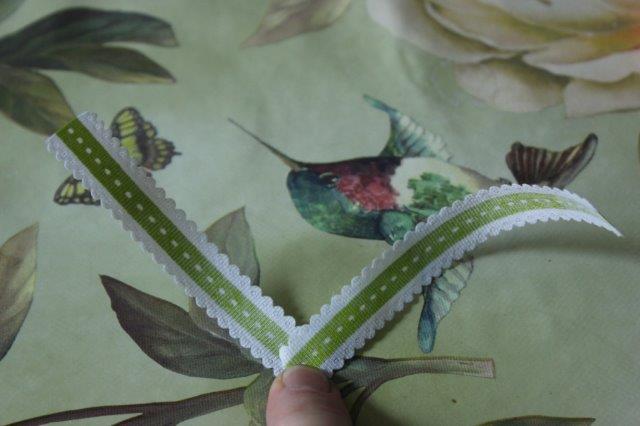 Next take a length of ribbon and fold as shown in these pictures to make the rabbit’s ears. Attach the ribbon ears to the thin end of your egg shape using a Bostik glu dot. 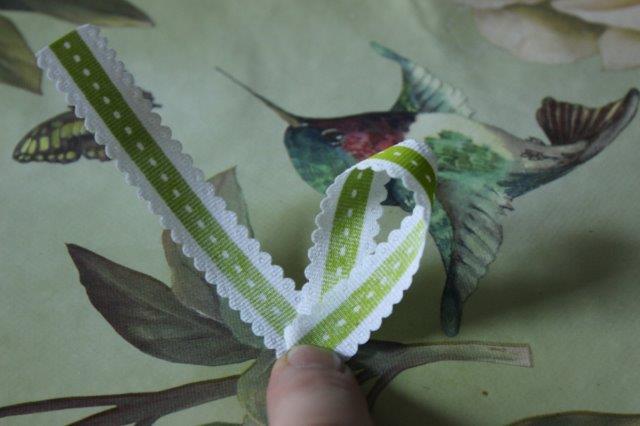 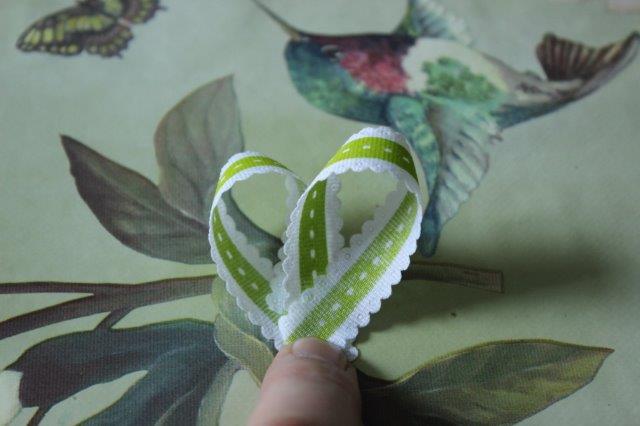 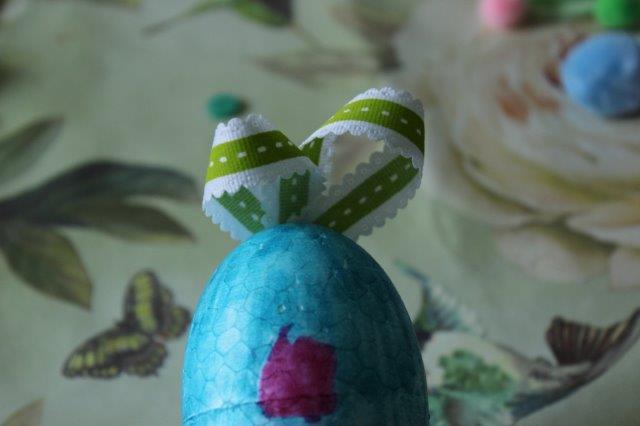 Next stick on two googly eyes to the front. Then using a Bostik glue dot stick a button on to give the rabbit a nose, you can draw the whiskers on using a felt tip pen. 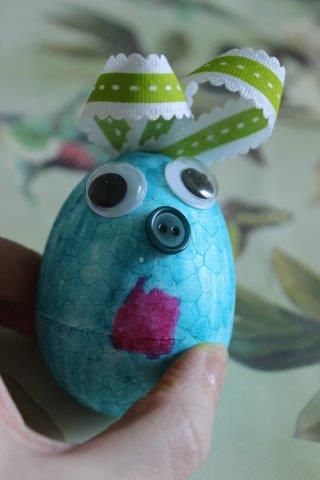 To allow your rabbit to stand up unaided he will need some feet! Cut feet shape from your craft foam and attach to the base of your bunny using a Bostik glu dot.

Finally give your rabbit a lovely cotton tail by attaching a pom pom with a Bostik glu dot to his back. 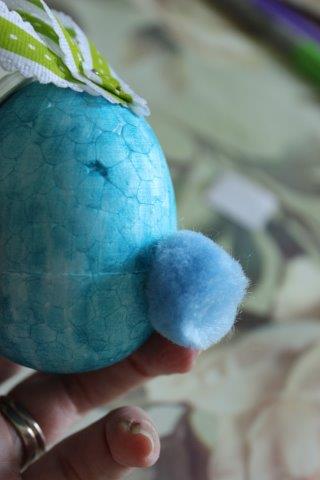 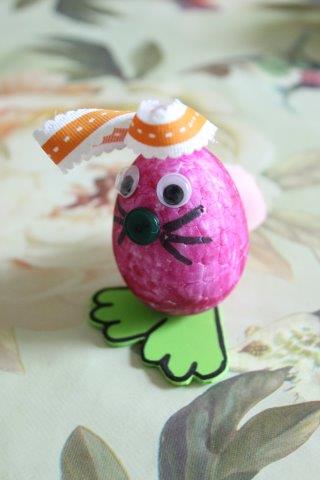 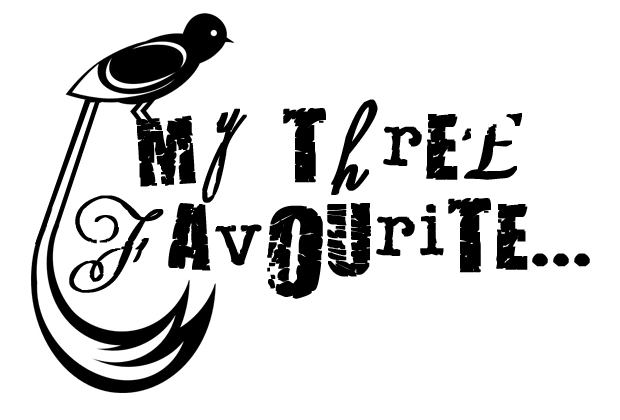 The decorations have all but disappeared and many of us are returning to our normal routines, but Christmas is still on my mind everytime I look around and see the wonderful gifts I was given. My presents inadvertently had a kind of Woodland theme, so I thought I’d share my three favourite with you all and in the process point you towards some fabulous artists. 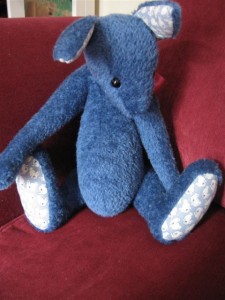 First up was this adorable rabbit from Emily’s Ark. I think it’s technically supposed to be a boy, but my children and I are convinced this particular bunny is a girl (you can just spy the pink ribbon we adorned her with). I love the woeful expression, royal blue mohair and fabulous fabric used for her paws. She is fully jointed with beautiful black glass eyes and now has pride of place in the lounge. 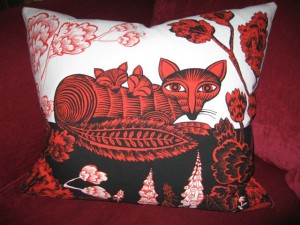 I’ve always loved foxes, so when my husband presented me with this next gift I almost welled up with delight. Not only did it feature one of my favourite animals, it was also one of my favourite household items, a cushion! It comes from the wonderful people at Lush Designs and features a Vixen with her cubs. It also happens to be extremely squidgy and comfortable to sit next too. 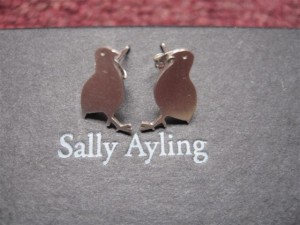 Finally the third gift I’ve chosen to feature are these amazing silver earrings from Sally Ayling. As a child I briefly had a pet partridge so as these depict a Red Legged Partridge, I loved them as soon as I saw them.  Having worked in silver I also appreciate the fine detail and careful handiwork (I even inspected the incredibly neat soldering). They really are beautifully made and I’ve been wearing them almost daily since I opened the box.

Have any of you had a theme to your presents this past Christmas?