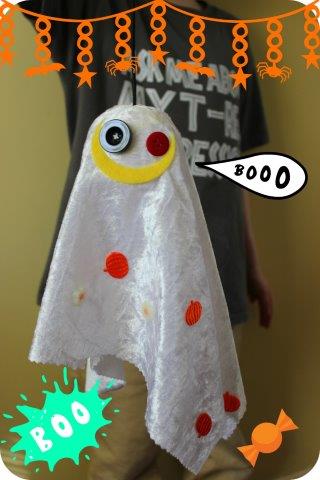 Boo!! Did I scare you?? Probably not but as Halloween is nearly upon us I thought I better give it a go. I’ve never been keen on the gory side of Halloween and my children don’t particularly like being scared but we’re all for Pumpkin carving, apple bobbing and other child friendly activities. As a Bostik craft ambassador I get to create child-friendly crafts every month, so this month it had to be a Halloween Ghost Decoration Craft for kids. This one (made by my son) has been named ‘Bounce!’

To make your own spooky pal you’ll need

Felt (to make a mouth) 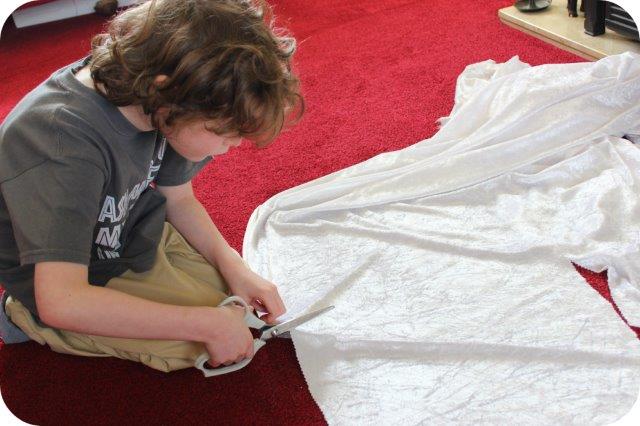 Start by cutting a rough square out from a piece of fabric. We used pinking shears as it prevents fraying and give the ghost a wiggly edge. Turn the fabric over so that the wrong side is facing up.

Nest cover half of the polystyrene ball with Bostik sew simple glue. Stick into the centre of your fabric and then gather the fabric around to stick into place. 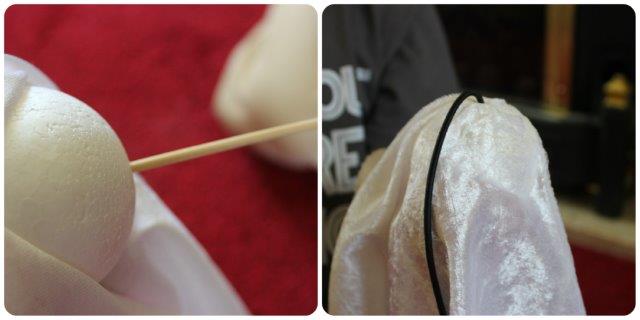 Using a cocktail stick or sewer make a hole through the fabric into the polystyrene ball (might need an adult to do this bit). Stick in some elastic cord using the sew simple glue. We used black cord so that it wouldn’t show up at night. Now leave to dry. 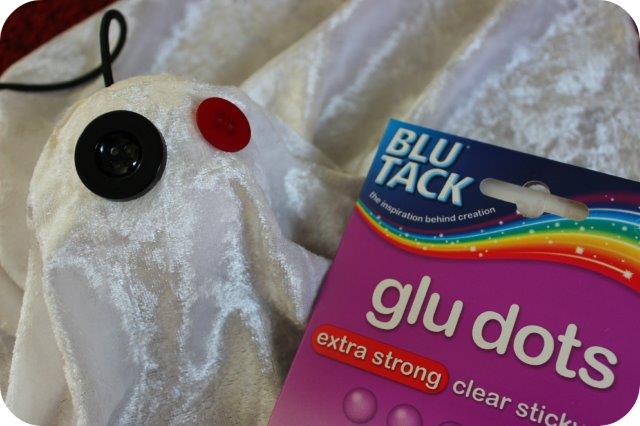 Stick two buttons onto the fabric using Bostik glu dots. We used one larger and one smaller and two different colours to give our ghost a bit of character! 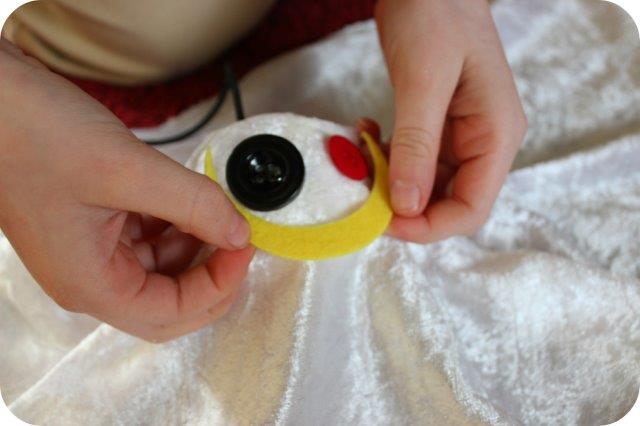 We used a moon shaped felt sticker to make the mouth, you could of course cut one out. 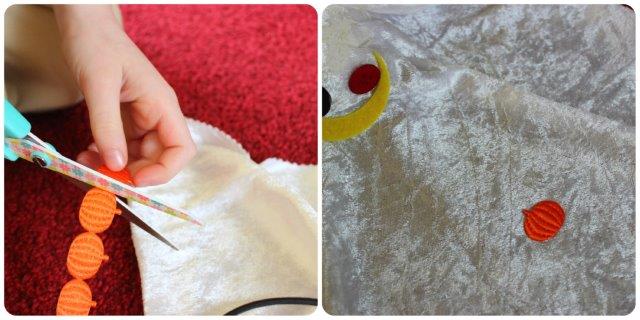 It’s time to decorate! My son cut small pumpkins off pumpkin trimming and stuck to the ghost using the sew simple glue. 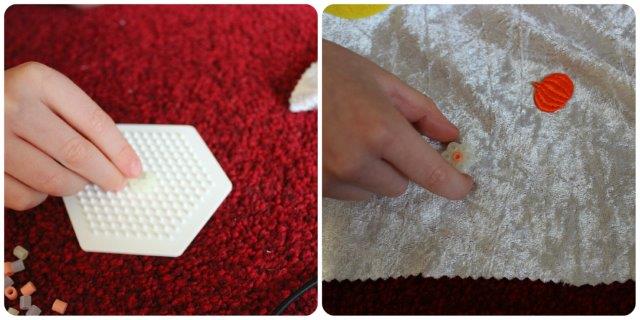 Next he made some simple shapes from glow in the dark fusible beads (which Mummy ironed!) and these were stuck to the ghost using Glu dots. 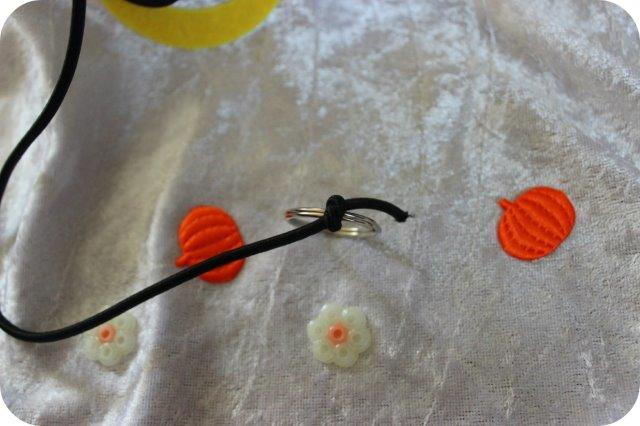 Tie the elastic cord onto a keyring and your new friend is ready to play!