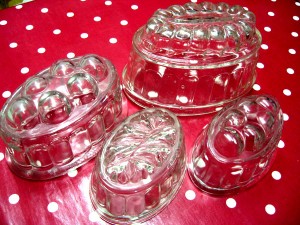 I was watching the news recently and they were talking about how many people have a real passion for collecting. All kinds of items were mentioned from the tiny to the huge (such as collecting cars). One lady emailed in during the program to say she had 400 cheese dishes!

We are no strangers to the compulsion to horde, whoops I meant collect! I’ve talked before about Anne collecting old glass jelly moulds. I’ve been known to collect various things from Teddy Bears (as a child) to Film Memorabilia. I s

eem to have a fairly short attention span and regularly move onto a new collection, but isn’t that part of the joy, the ever changing interest and expanding of knowledge? Although if you choose a large item it can take over your house with ease.

Anne also collects anything tea related, luckily she has several shelves that have managed to house the collection. Ringtons and Tetley would seem to be the favourites, bu 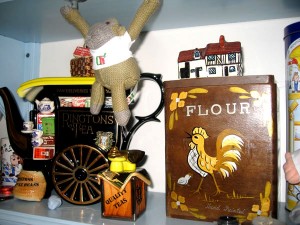 t perhaps they are just the most prolific producers of tea related memorabilia.

At the moment though she has been buying up old baking cutters, not to use with food. But several have been utilised in sewing projects of all things, you’d be surprised just how creative she is! 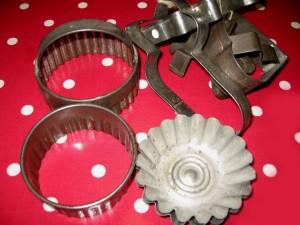 Of course that is one of the side benefits of collecting, it seems to baulk at the idea of a throw away society. When one person can love an item whatever it’s age or in some cases condition, it breathes new life where others may have seen only junk.

Here’s a few items from the Angel Eden Store made from collected bits and bobs.