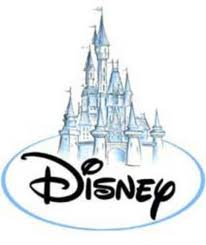 Having recently heard that Disney has acquired the rights to the Stars Wars franchise (and there’s a new film in the works too!) it got me thinking about all the myriad of Disney films I own and wondering if I do infact have a favourite.

Ask me as a child and I could have easily answered, it was without a doubt Robin Hood. I knew the songs and I annoyed my brother by watching it again and again and again.

As an adult and parent I’m rather partial to the Disney Pixar films, their subtle jokes which keep Mum and Dad chuckling always seem to fit brilliantly with the magical animation which keeps children engaged (blissfully so at times).

So do I have a favourite??? I think I do depending on my mood, but I don’t think I could completely narrow it down to one all time must have. Not least because Disney keeps making brilliant films (I say this having recently watched Frankenweenie).

Unfortunately my indulgence only goes as far as the Disney films and the Disney store, I have never been to any of the holiday parks. Not for lack of trying, I bugged my parents regularly from the day EuroDisney (as it was) turned into Disney Land Paris, but I never got to go.

One day I will rectify this dreadful oversight and I’ll indulge my childish side completely. In fact I may have been looking at dates next year already (don’t tell my husband) but there’s so much choice! I did find Paris Est one of Al Fresco Holiday’s holiday parks that is close to Disney Land Paris, which does have some great deals currently available for 2013 bookings. Only time will tell I suppose 🙂