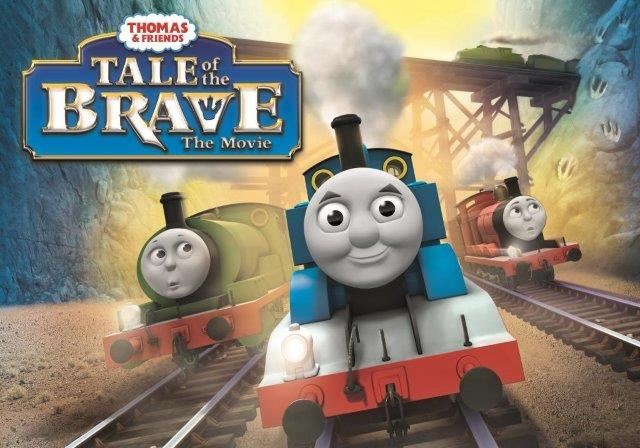 Thomas the tank engine is a beautiful blue steam engine which recalls Britain’s mastery of the rails and the age of steam. My whole family has grown up with him through his books, toys and TV shows. Now my own children enjoy watching his antics (now CGI based rather than animated) and own a huge collection of Thomas trains. Despite this we have never visited Thomas Land at Drayton Manor before, so when we were asked along to a special screening of Thomas’s brand new movie we just couldn’t say no! So today I am bringing you our Thomas Tale of the Brave DVD review and over the next few days I’ll pop up a post about all the fun we had at Thomas Land. 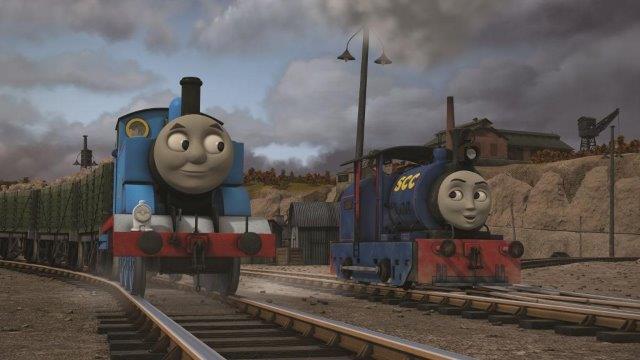 The films begins with a terrible storm which causes a landslide at the Sodor China Clay Pits. Thomas notices some strange footprints, but who could they belong too!? The engines of Sodor are divided in opinion on whether there is a real live monster stalking the rails of Sodor but one thing’s for sure it’s going to take one brave engine to solve this mystery! 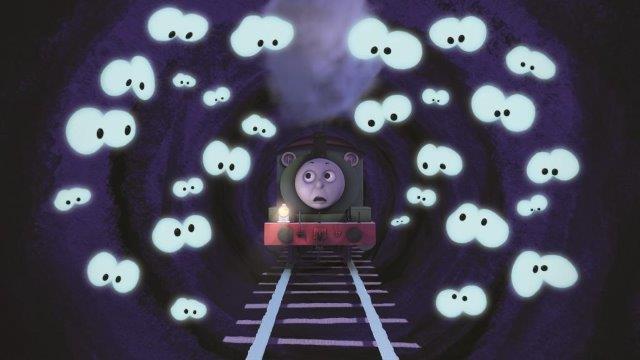 The movie also introduces some brand new trains to the Thomas world including Gator, Marion, Timothy and Reg. Without revealing too much of the story and giving away the mystery here is what my kids thought of the film. 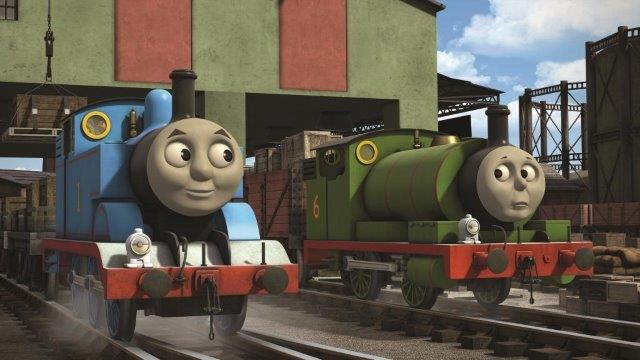 Engine N – I loved it, I like James best, he’s funny and naughty.

Conductor G – It was really exciting, I particularly like Thomas, he’s always been my favourite!

Driver I – I thought the film was brilliant and my favourite part was when Thomas meets Marion the digging train, she talks a lot and made me laugh. 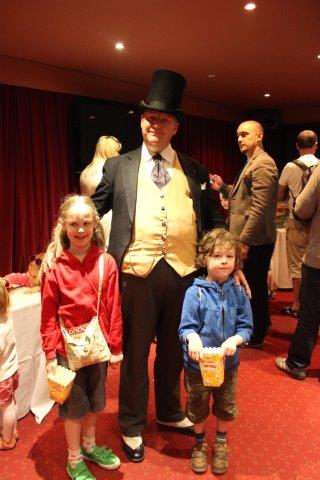 From a parents point of view all three kids were transfixed for the full hour and entered into a state of blissful silence, you can’t really ask for more. 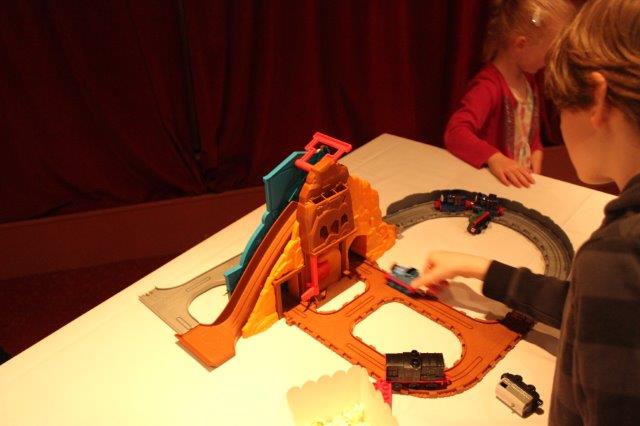 There have also been some new toys released to coincide with the movie including Marion, Timothy, Gator and Scrap Heap Monster trains and a new Take-N-Play Roaring Dino Run set including Thomas. 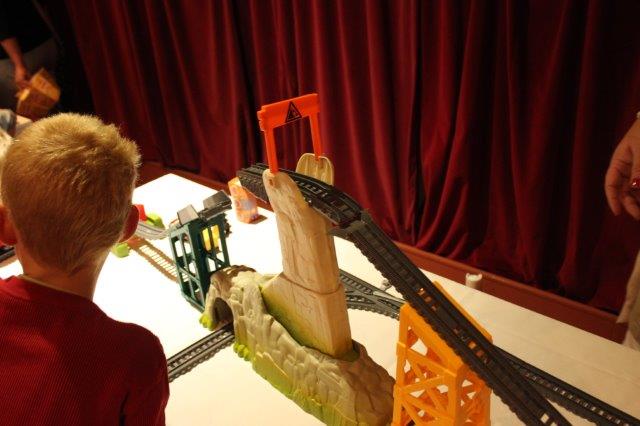 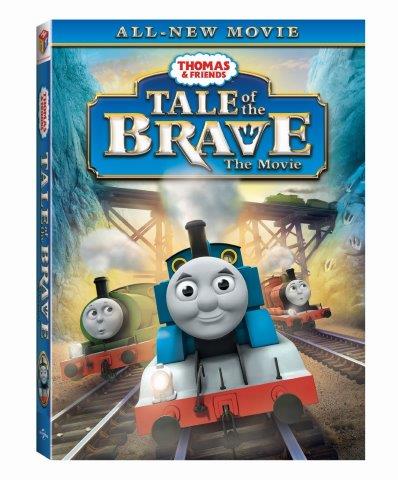 To be in with a chance of winning your own copy of Tale of the Brave on DVD enter my brand new competition!

Entering couldn’t be simpler, just pop over to the Angel Eden Blog Facebook page and hit ‘like’ then either click the widget below or the ‘Competition’ tab on the Facebook page to register your entry.

For extra entries either:

The competition will end at midnight on 20th September 2014 (UK residents only please).

Make sure you leave me a way to contact you should you win.  Good Luck! 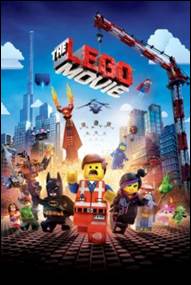 My kids have been dying to see the Lego Movie but unfortunately we never had the time to visit the cinema while it was showing. Thankfully blinkbox came to the rescue this week by releasing The Lego Movie a whole two weeks before it’s DVD debut! What’s more they are offering 500 Clubcard points and 50% off tickets to LEGOLAND Windsor Resort with every purchase of the film!

For those unfamiliar with blinkbox you can rent or buy movies and TV shows and watch them on a range of internet devices including games consoles, tablets, Smart TVs, Blu-ray players, set top boxes and desktop computers. When you rent a movie you have 30 days to start watching it. When you buy a movie it’s available permanently through your blinkbox account, yours to keep forever.

The problem with high anticipation is it often brings huge disappointment when the reality doesn’t live up to your expectations. I was worried this would be the case with the Lego Movie. I needn’t have been concerned as it was just as witty and engaging as I imagined it would be! My kids loved the wonderful characters and catchy songs while I chuckled along with the humour and digs at adult based Lego perfection. The animation is perfect, the voice overs fantastic and I defy anyone not to get the song ‘Everything is Awesome’ stuck in your head! It was a really great movie which I definitely recommend you all see at once!

‘Directed by Phil Lord & Christopher Miller (Cloudy with a Chance of Meatballs, 21 Jump Street) the original 3D computer-animated story follows Emmet, an ordinary, rules-following, perfectly average LEGO minifigure who is mistakenly identified as The Special, the most extraordinary person and the key to saving the world.  He is drafted into a fellowship of strangers on an epic quest to stop an evil tyrant, a journey for which Emmet is hopelessly and hilariously underprepared.’ 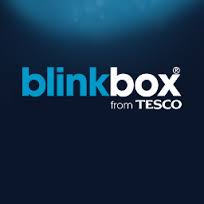 Details of the blinkbox offer

Customers who buy the Lego movie will get a whopping 50% off tickets to LEGOLAND Windsor Resort (up to 4 Adult & 4 Children’s tickets) and 500 Clubcard points which can be transferred into vouchers to spend with Tesco online, in-store, on fuel or exchanged to get four times more value with Clubcard Boost. This offer ends on 31st August. T&Cs apply.

Comments Off on See The Lego Movie early on blinkbox offer! 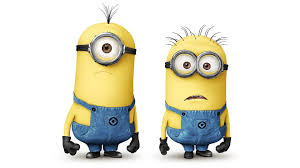 Comments Off on Despicable Me 2 on Blinkbox