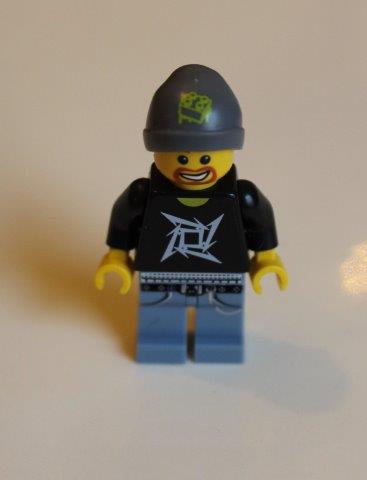 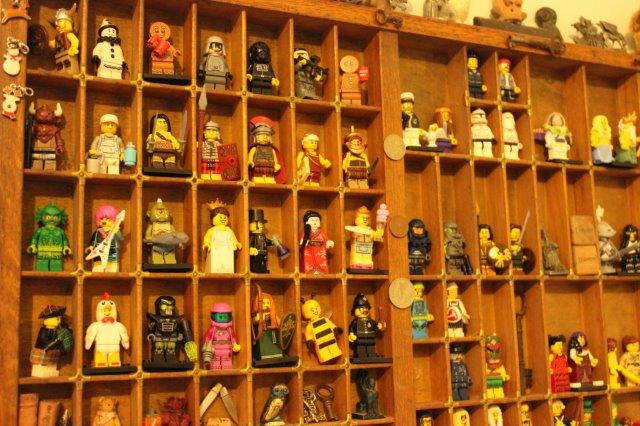 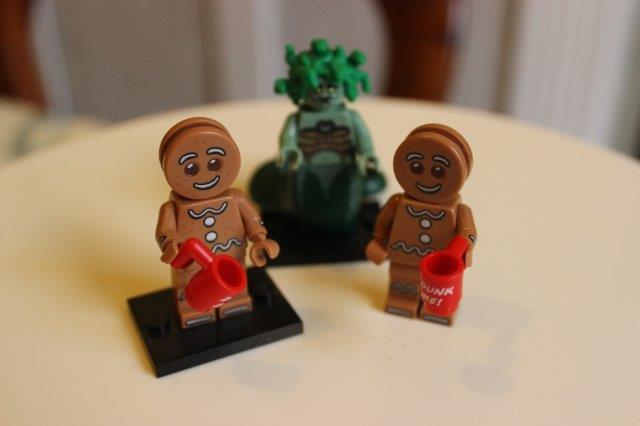 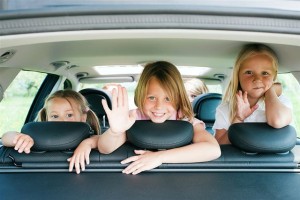 If you’re a parent then chances are you’ll be familiar with the challenge of trying to keep kids entertained during car journeys. Thankfully the good people at Salisbury’s have done the hard work for you in today’s guest post and have given me their top tips for a stress free family outing.

One of the challenges of a long family car journey is trying to prevent a riot breaking out on the back seat! Negotiating unfamiliar roads and traffic systems is hard enough, so you could do with out distractions from the kids behind you. With that in mind, here are some suggestions for keeping the little ones quiet and content during your journey.

Children have short attention spans at the best of times, so it will benefit everyone if they can get out and stretch their legs once in a while. Every time you stop it gives your children something different to do, and breaks up the journey. A break every hour is ideal, but try and stop every two hours at least, in a safe, suitable location.

This gets easier by the year thanks to new technology. These days, it is not unusual to see children watching DVDs on screens attached to the back of the head rests of the front seats. That’s something that can work for kids of all ages, including teenagers.

There are many great games that your children can play in the car, and a lot of well known board games are available in travel versions, with features designed specifically for moving vehicles.

Of course, with just one child in the back it can be harder to keep them entertained, but there are plenty of games that require nothing more than a little imagination – the old favourite ‘I spy’, for instance.

You could also try ‘red car blue car’. All you have to do is choose a colour of car to watch out for. Whoever sees the most cars of a particular colour in the allotted time wins.

And how about some colouring pencils and paper in the back to bring out the little one’s creative side?

A surefire way to keep kids happy and occupied is giving them something to eat and drink (it will keep them quiet, too!). Of course, common sense is required – the more liquid they take in, the more toilet stops you’ll have to make!

Have some music handy

Most children respond very well to music, and while your three-year-old might like nursery rhymes a bit more than you do, anything is preferable to a high-pitched whine from the back seat! Be warned, though – you might have to join in.

Prepare for your journey in every way

There are many things to think about if you have to plan a long journey, and keeping the children entertained is just one of them. Make sure you have adequate car insurance for the journey before you set off. Little extras like roadside assistance and courtesy car availability can make all the difference if you run into problems with the whole family on board. 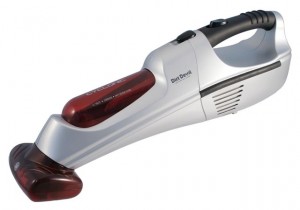 A couple of weeks ago I trotted off to the Lowry in Manchester with my children for a Dirt Devil Blogger Event. At the end of the day I was lucky enough to be given a Dirt Devil Easy Handheld to take home :). It has since been faithfully tested and put through it’s paces. I’m fairly sure my children spotted it before it came out of the box and vowed to be as messy as possible just to lend a helping hand :/.

First we’ll have some lovely info about all the clever things this mini vacuum claims to do:

So with the details out of the way we come to the important stuff, does it actually do all those things and more?

In a word, yes. If you’ve ever experienced a rechargeable or even corded handheld vacuum before, then it’s quite possible you fought long and hard to get it to actually pick up anything or hold it’s charge for longer than a minute.

These kinds of machines are often bought to clean out cars because of the obvious wireless benefits. It was the  starting point here as well,  after our long day out my car looked anything but clean. The kids all seemed to crumble food in the back and the floor looked suspiciously speckled. With great shame I shall show how the car floor started at the beginning of this experiment. 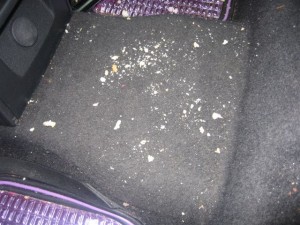 Not exactly a pretty picture. I plumped for the Motorised Intense Turbo Brush for this job, and within seconds this is how the floor began to look. 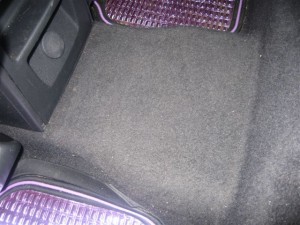 A significant improvement as I’m sure you’ll agree. In fact it was so good at cleaning the car that I felt compelled to remove all the car seats and matts and clean the whole thing! My car has never looked so tidy. All completed on one charge and with power to spare.

Next I let the handheld loose on my large love seat. It was with great deliberation that I chose the fabric for this chair and with much chagrin that I realised it was not only pretty, it was a magnet for dust. It didn’t exactly complement the look that I was trying to create. But after a quick clean with the upholstery brush it was back to looking gorgeous once more. In fact the Dirt devil sucked up so much dust off this one chair that I had to empty it twice! At this point that was the only problem, this compact little unit does require frequent emptying. But it’s take mere seconds to do, so it wasn’t a huge problem. 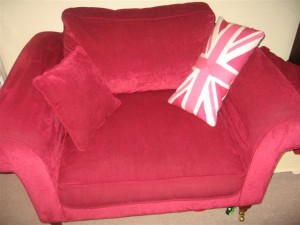 Dust on the chairs and sofa is a particular bugbear of mine, so the advantage of being able to grab the Dirt Devil ready charged off it’s wall unit is fabulous.

But it hasn’t all been rosy, I do have a teeny tiny complaint about the Dirt Devil Handheld. I should mention that this is actually due to it being really rather good at it’s job. But using the Turbo Brush attachment I was vacuuming up hair here, there and everywhere (apparently my daughter is molting at the present time). But within a very short period of time I seemed to be loosing suction. I emptied the vacuum and got a slight improvement. But on further inspection the Turbo Brush was completed wound up with hair and other gunk. I decided to clean the brush, but this is where the problem came. I am used to a vacuum where the brush is removable and cleaning is very quick and simple. But I couldn’t find a way to remove the brush in this case. It made for a rather laborious method of spinning and grabbing the brush to pull the debris from it. Of course once it was clean it was back to being fabulous. But it would be nice if it was as easy to clean as the whole unit is to empty.

Yes, particularly for cars or those small spills that tend to pop up about the house. In fact I was so impressed it’s already cleaned several other cars to the delight of their owners. Apparently they are all going to buy their own Dirt Devil just for this job alone.

As I mentioned I would prefer that the attachments were easier to clean. I would also love it if the battery lasted just a little bit longer, although on the whole it has lasted longer than the advertised 15 mins. Other than that it’s one powerful and compact piece of equipment.

The Dirt Devil Handheld has an RRP of £59.99 and is available to purchase from Argos, Tesco and other leading retailers both online and offline.