Last Friday (March 1st) I went along to the first installation of the Craftivist’s Collective jigsaw project. It was held in the cafe of the People’s History Museum in Manchester. As we were traveling from Derbyshire (and I was excited!) we set off nice and early and had a cup of tea in the museum cafe beforehand. Sarah Corbett from the Craftivist’s Collective arrived shortly after us and started to put up over 600 jigsaw pieces! 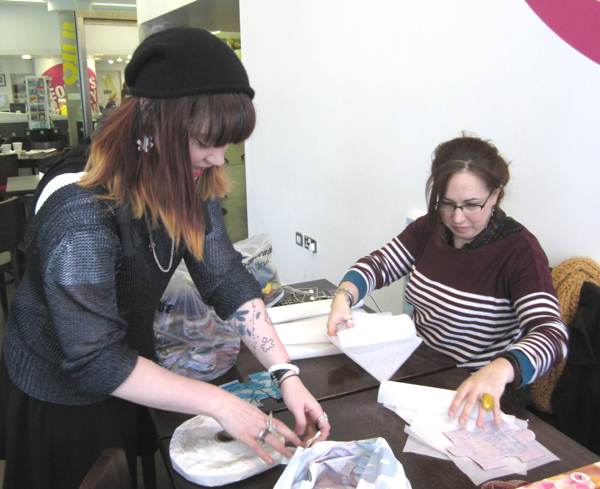 At 6.00pm people started to arrive for the launch and the finishing touches were being completed. 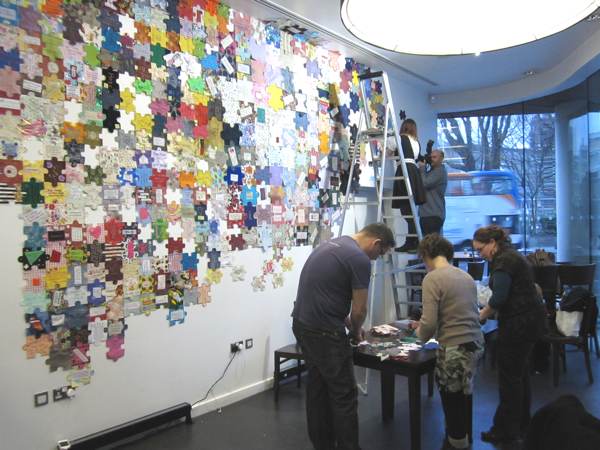 The wall of more then 600 pieces looked amazing. There were crafters from Reading, London, Derby, Birmingham, Leeds, possibly other places and of course Manchester. 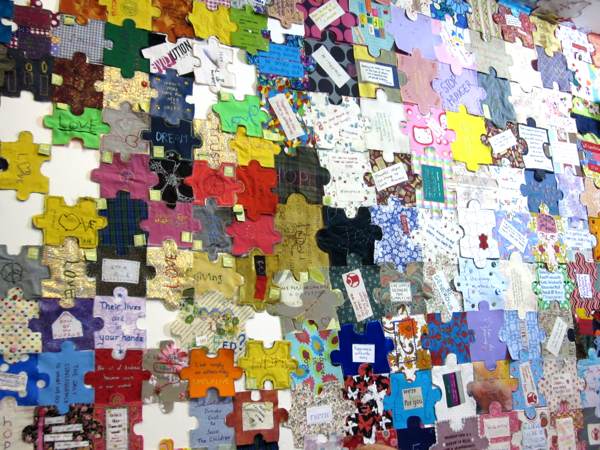 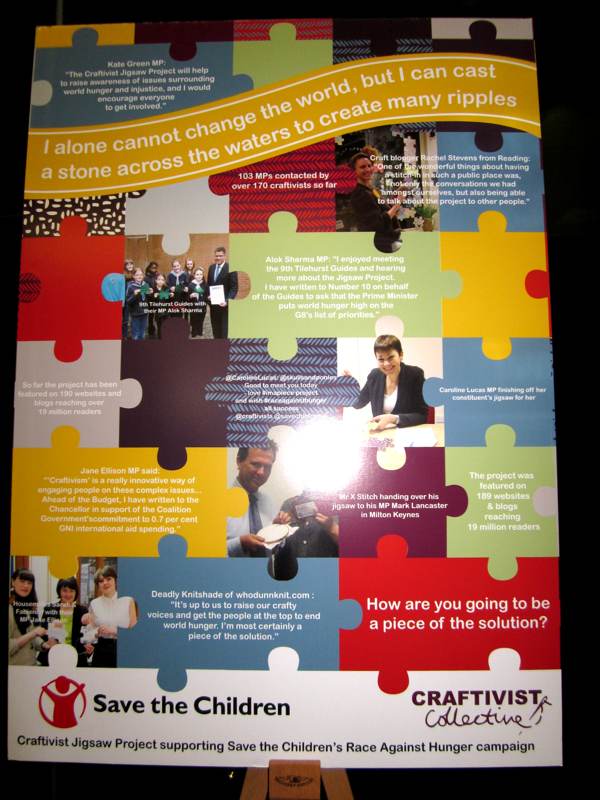 A lot of photographs were taken of people pointing with pride to the pieces they had made :).Sarah told us how pleased she was at the great response the project had received. 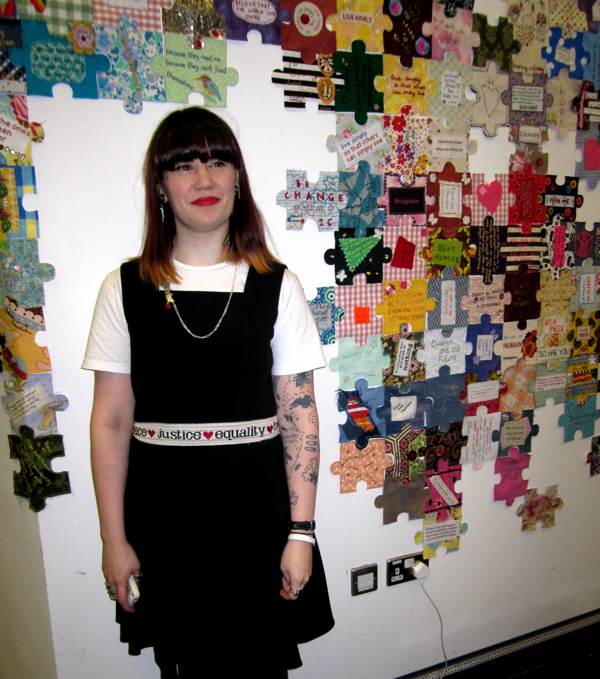 The puzzle pieces are moving to Northern Ireland in time for the G8 and apparently there will be even more added to them. This shows just how much people care about the problem of hunger in the world at large.

In Derby we were able to make a total of 22 pieces and it was great to see them scattered amongst the others. In this photo you can see a couple of pieces that had not been photographed before, they are in the top left and bottom right corners.

It has been a really thought provoking project and because it has taken a lot longer than simply signing a petition, I feel the issues stay with you. 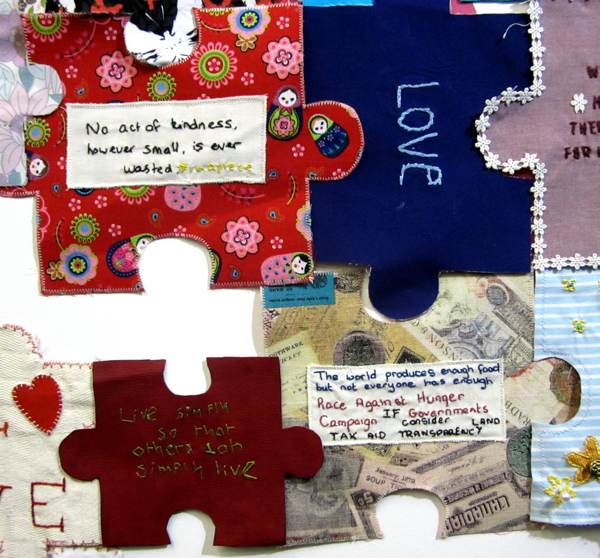