Acorn Bank is a National Trust property very near to Penrith and the Lake District. Having read on the UK Hand Knitting website about a community project located there I was eager to visit. People had been asked to knit natural things to decorate the trees! Unfortunately there is not a lot to see in the house itself although there are hopes for some restoration work in the future. 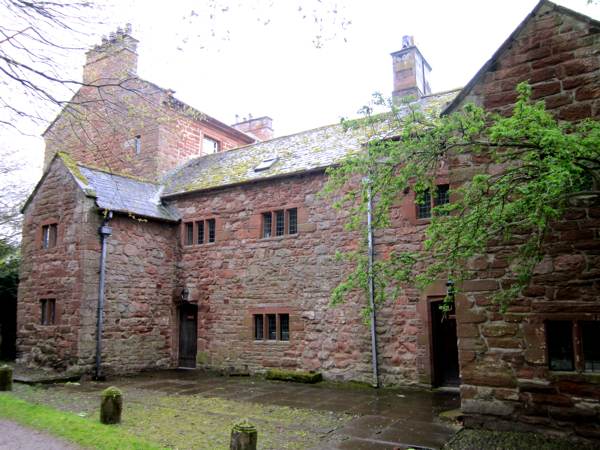 Acorn Bank has lovely gardens and a working water mill that grinds flour. Unfortunately the day I visited was very wet so I didn’t spend too long looking around, instead venturing into the woods to find the knitted creatures and plants. 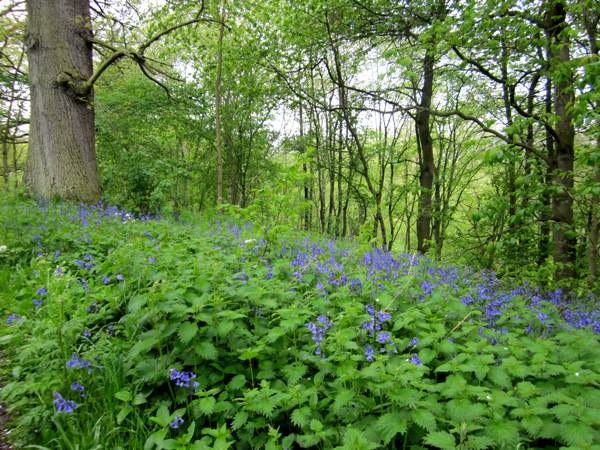 Knitted pieces had been created by lots of different people, the name of the contributers could be found in a book inside the house. If I had more time I would have loved to have joined in, but we have our own Yarn Bombing project set to go up at the end of this month so needed to concentrate on that! Here are some pictures of the things we saw. 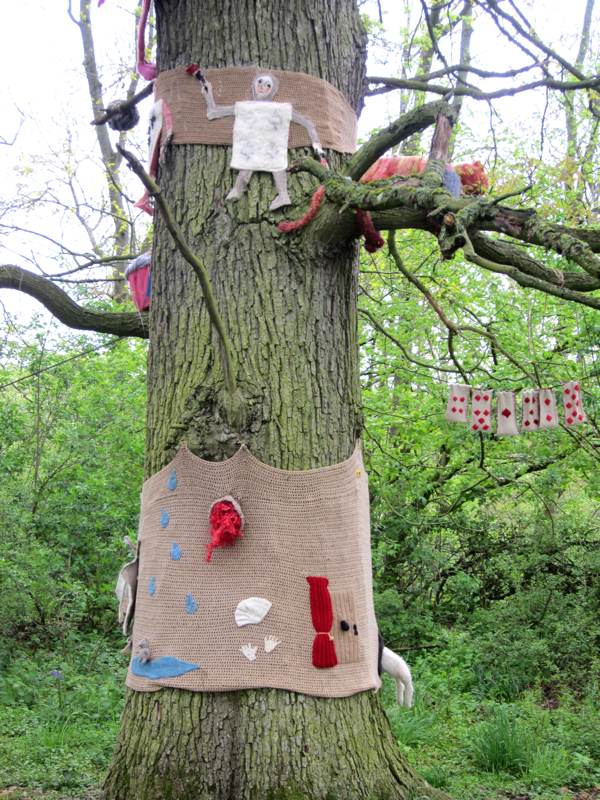 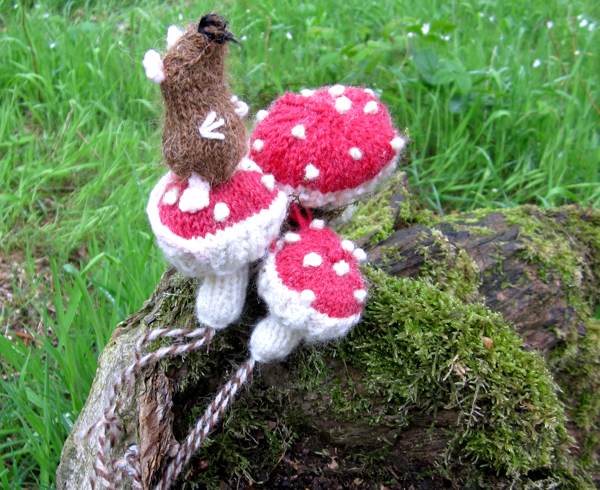 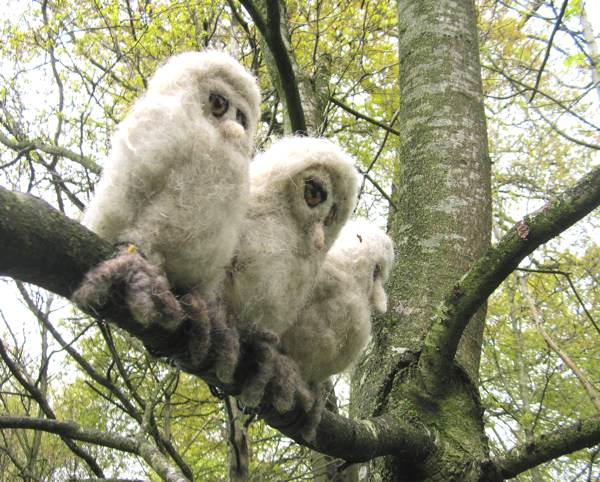 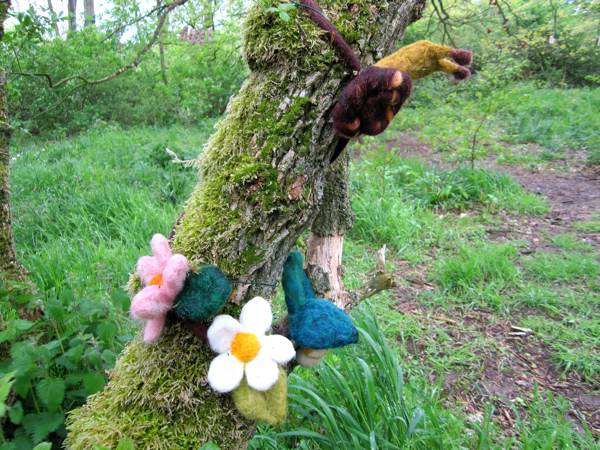 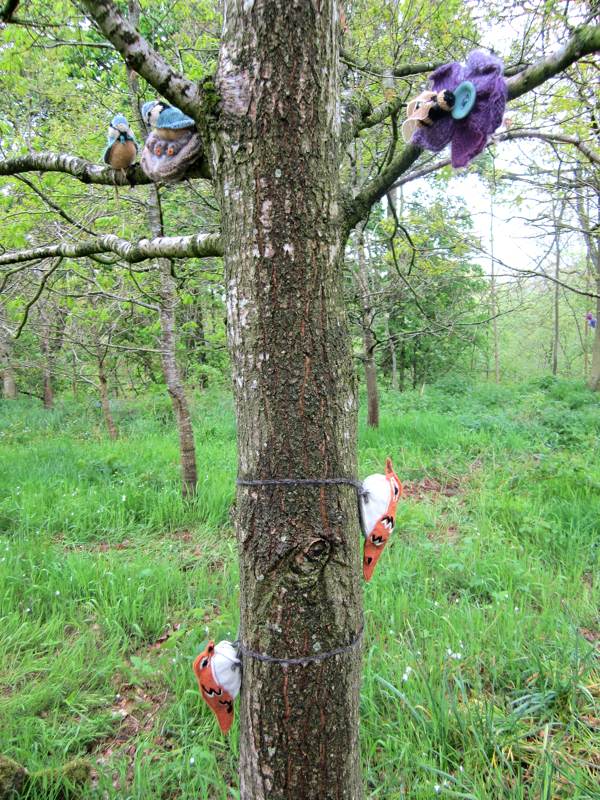 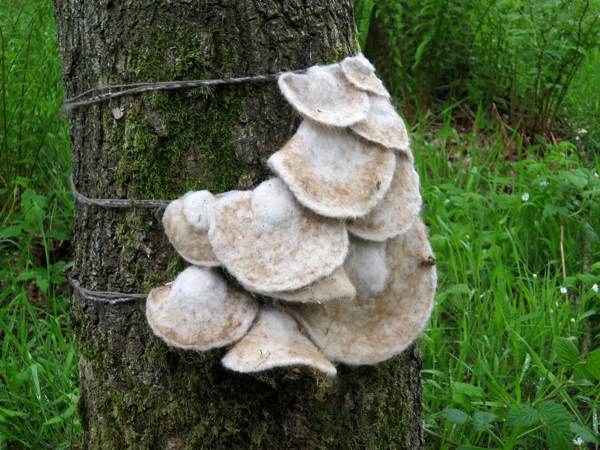 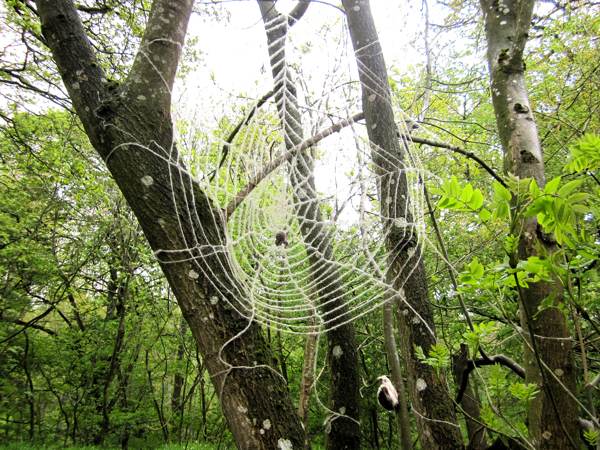 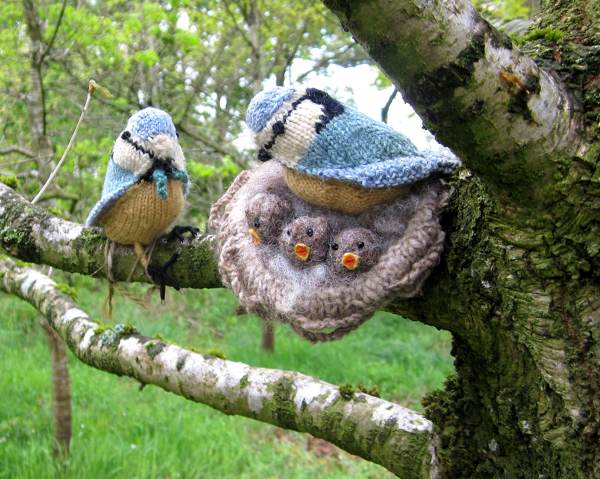 After getting rather damp in the woodland we rushed into the cafe for tea and cake (any excuse!) and this I can thoroughly recommend. I had a truly delicious slice of gluten free almond cake. 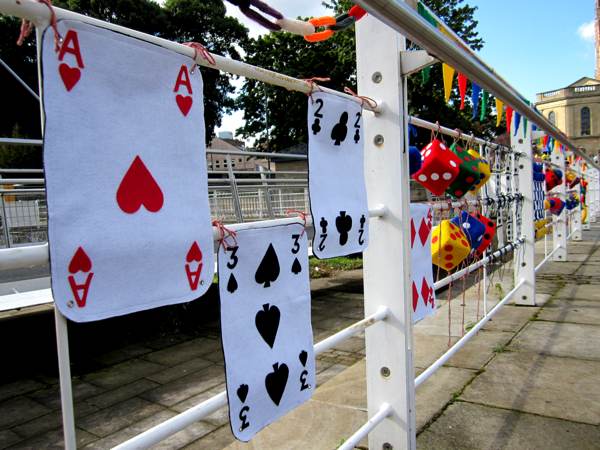 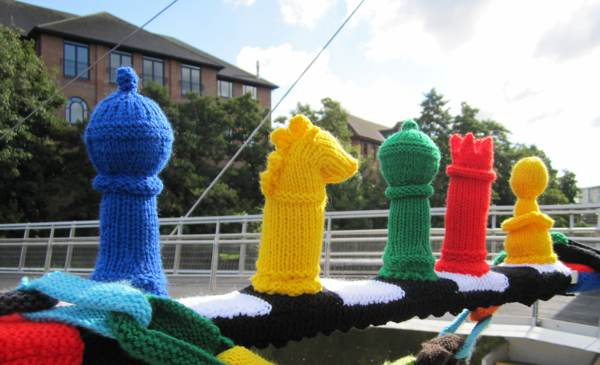 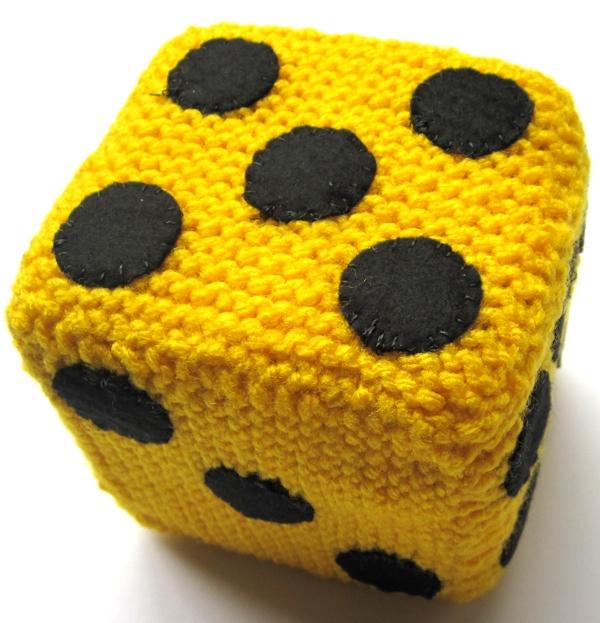 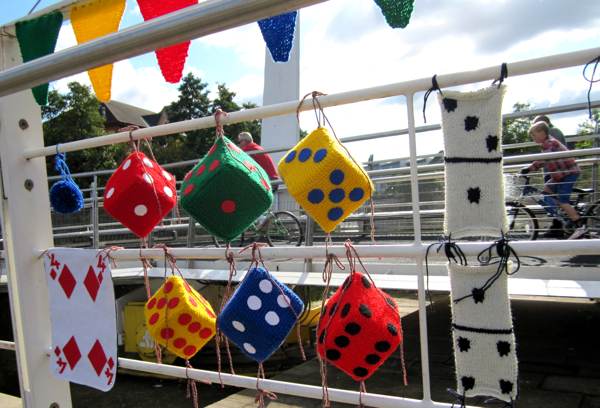 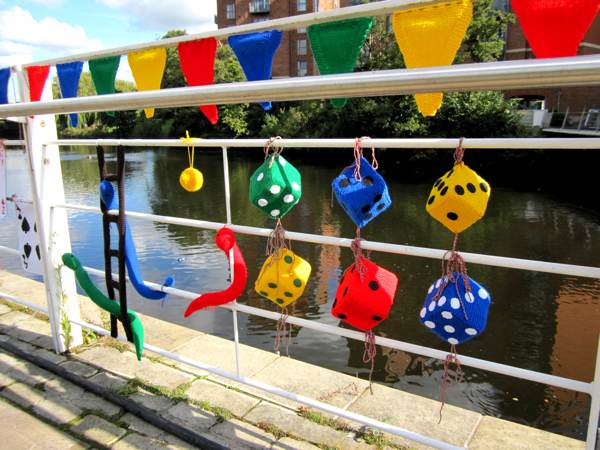 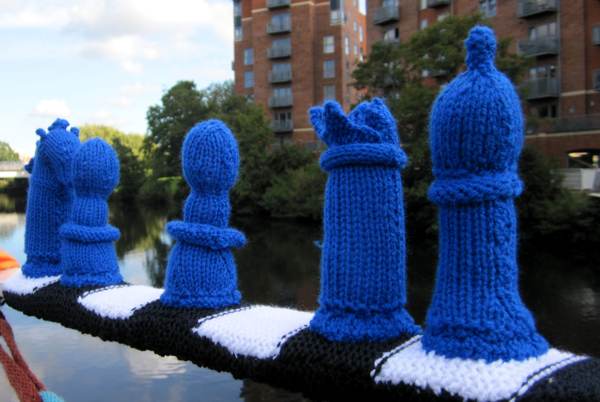 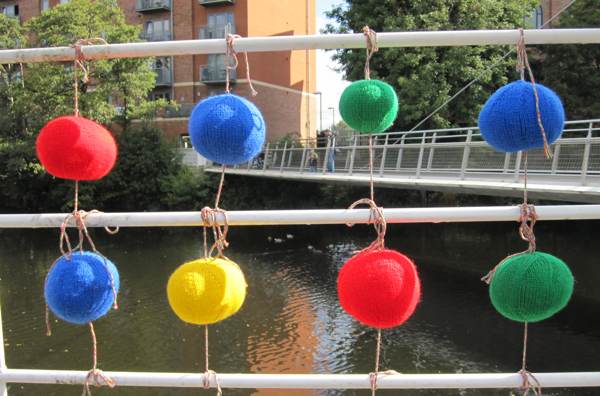 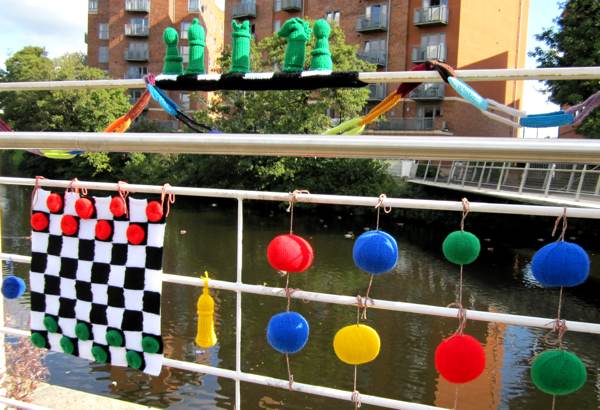 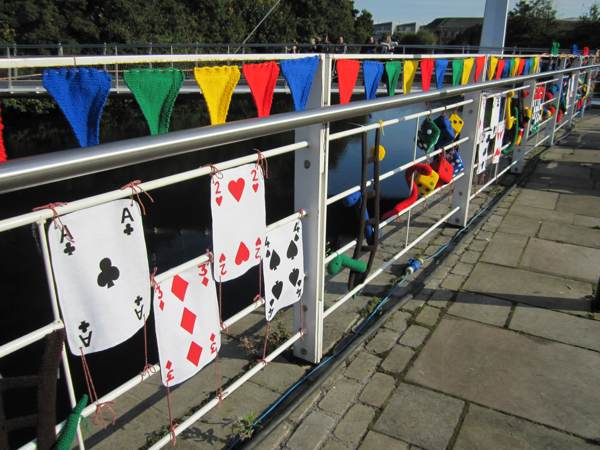 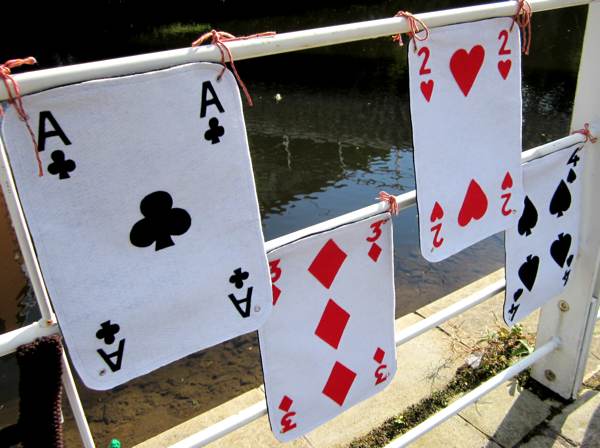 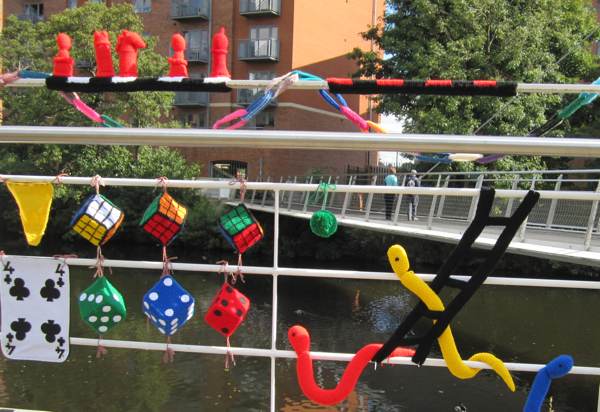 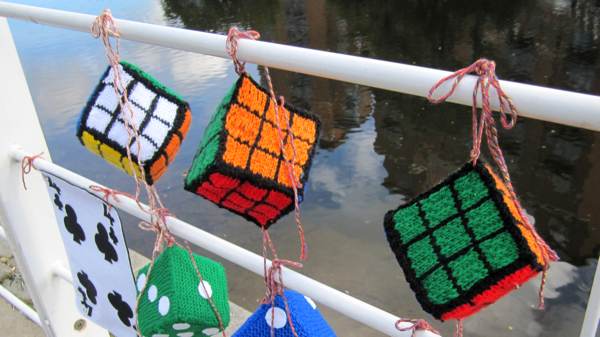 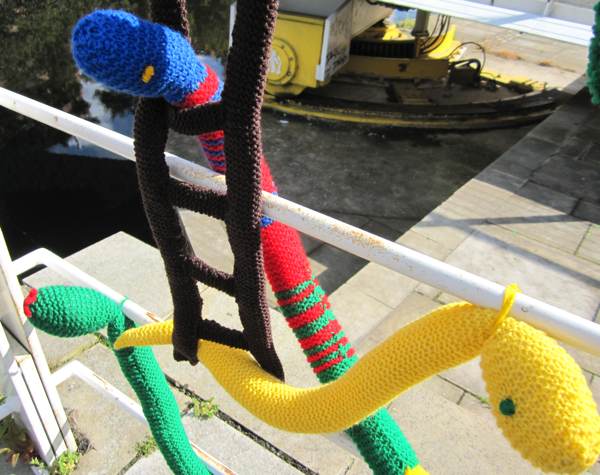 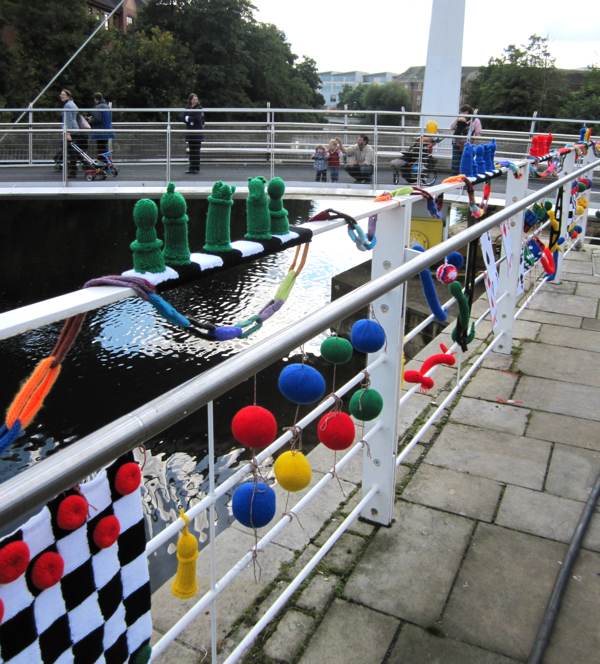 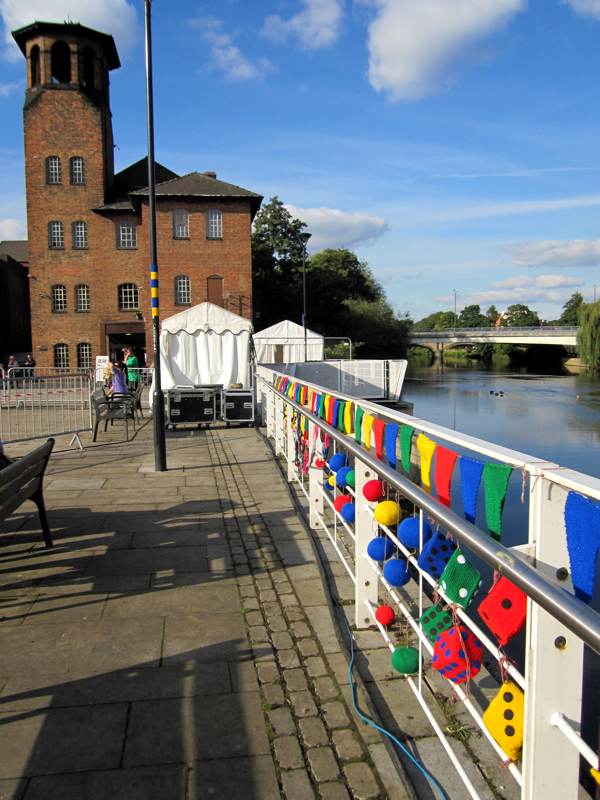