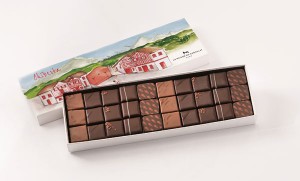 After my recent visit to La Maison Du Chocolat in Piccadilly, I was fortunate to bring away a box of the new Summer Collection. Called ‘Chiberta’ it promises to take you on a tongue tingling ride to the Basque country in France. The birthplace of La Maison Du Chocolat founder Robert Linxe, it is also the first place in France that Cacao arrived in 1609. The collection is very beautifully designed with a wonderful watercolour painting of the Basque country adorning the box.

Each box of Chiberta contains 5 different varieties of chocolates. As I’m sure you can imagine it wasn’t much of a chore testing out the various flavours, but I shall do my best to describe each variety in detail. 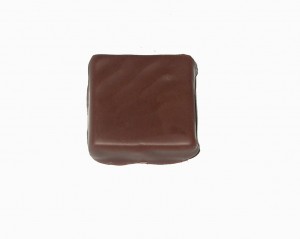 First I tried the one and only Milk Chocolate in the box, called ‘Eztia’ it is a Milk Chocolate filled with a Basque Honey Ganache. Beautifully smooth milk chocolate covers a strong and intense honey ganache. The honey is thick whilst retaining movement, it made me think of a quality manuka honey. The honey flavour is heavy and rich with delicate floral tones. Somewhat reminiscent of a good H 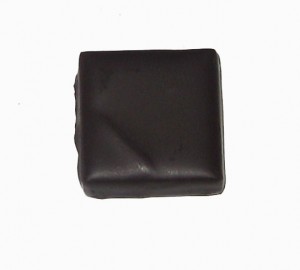 Next in the box came ‘Txokolate Lluna’ a dark chocolate bonbon. The scent of this chocolate is heaven itself, the kind of amazing Cocoa scent that radiates from a luxurious cake batter before baking. The bonbon is rich with a lightly malty taste and intense smoky after tones. The taste lingers tantalisingly on your tongue. 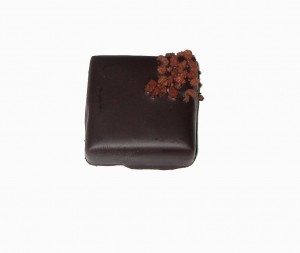 ‘Praline Macaron’ is next in line. An amazingly silky praline lies at the centre of this gorgeous bonbon with crunchy slivers of chocolate macaron. An intense chocolate tempered by the delightful crisp almond tones, not heavy but delicate and with a quality flavour. 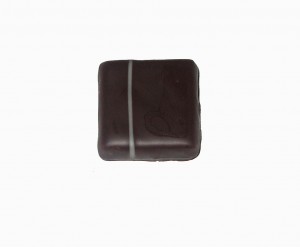 ‘Almond Paste with Patxaran’ this ganache chocolate tastes almost like the worlds most refined and delicate marzipan. Lightly touched by Patxaran liqueur (a liqueur of blackthorn berries macerated in anise alcohol) it leaves a delightful flavour upon your tongue. Despite being a part of the summer collection, this would be a wonderful flavour at Christmastime. 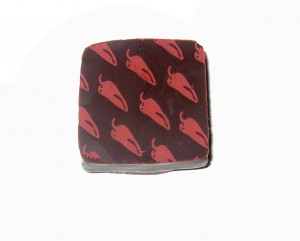 ‘Espeletako Piperra’ instantly you are drawn into this bonbon by the delicate and soft Espelette chilli pepper. A sweetness radiates first, followed by a warm spicy after tone that will linger beautifully on your palate. The pepper serves to intensify and amplify the amazingly rich dark chocolate.

Without a doubt, it’s a wonderful collection. It would make a fantastic gift, but I doubt you’d be able to part with them. It’s been my favourite chocolate collection I have tried so far this year.

I will be very sad to see this collection go after the summer, I would love to see some of the chocolates become a permanent fixture at La Maison Du Chocolat.

Available to purchase at boutiques and online at www.lamaisonduchocolat.co.uk. 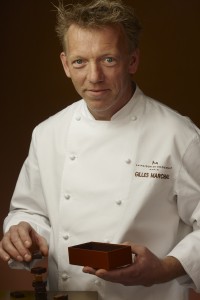 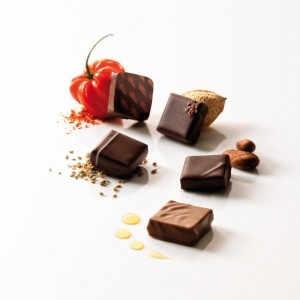 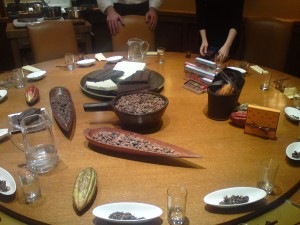 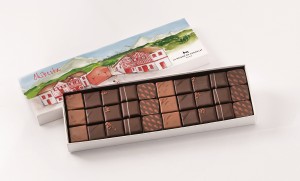