You may recall that we recently organised a group sewing session to make some Jigsaw pieces for the installation organised by the Craftivists-collective in support of Save the Children’s Race Against Hunger Campaign. Today I thought I would just post a little update. 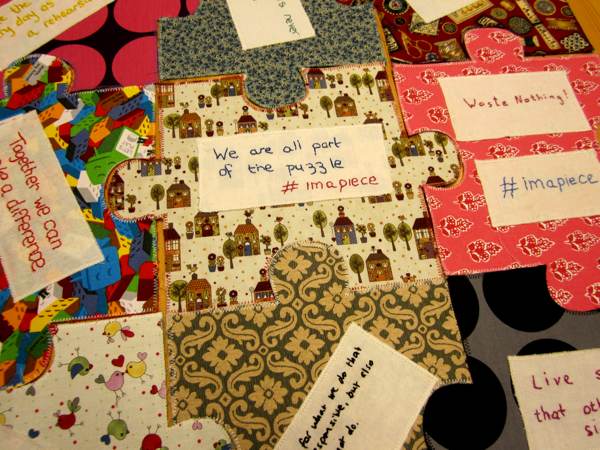 I am about to send off the first twenty pieces which have been embroidered by people in Derby. The majority by members of the Derby Makers group who meet in the Silk Mill Museum . 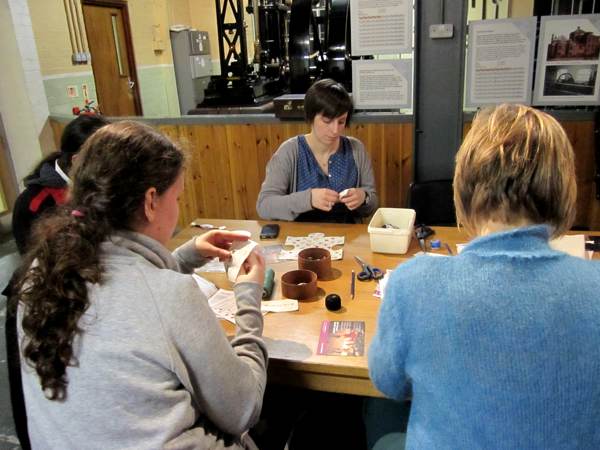 I am hoping there may be a few more yet to be finished, but as time is running out this first batch will soon be on their way. All pieces are being put up at the Peoples History Museum, Manchester on March 1st. I tried to take some photos of the jigsaws on my kitchen table but it was difficult to fit all twenty in to the picture! 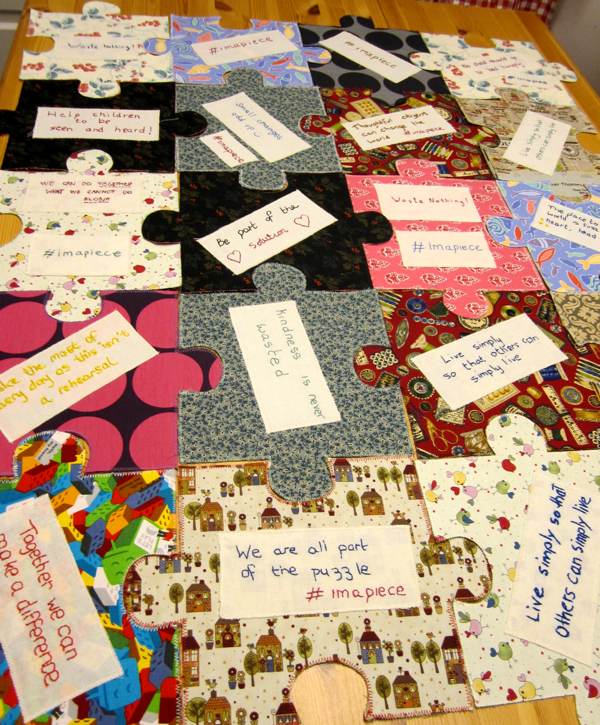 Everyone chose their own words to embroider but several have also included the hash tag #imapiece which makes conversations about the project easy to follow on twitter.

This picture shows some pieces made by others. Crafters from all over the country have been joining in.