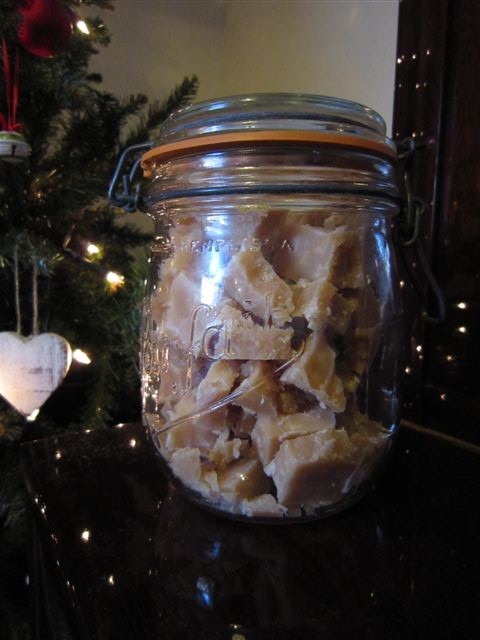 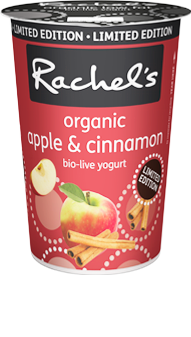 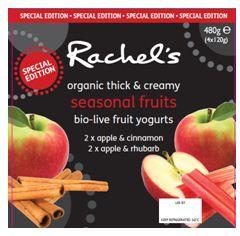 I’ve been a fan of Rachel’s Organic yogurts for awhile now, so when they asked me to review their new limited edition seasonal fruits multipack I was more than happy to oblige. 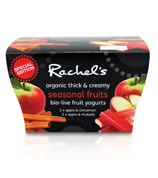 I tried the Apple and Cinnamon flavour and was instantly impressed. Autumn/Winter always conjures up images in my mind of homemade pies and baked apples all liberally dosed with cinnamon. This little pot managed to deliver all the flavours but with nothing like the calories or hard work. The apple flavour is fresh while the cinnamon gives a wonderful wintry taste. The only problem… there were only two pots and I would have liked them to be larger 🙂

Next I tried the Apple & Rhubarb, again this yogurt displayed the usual Rachel’s creaminess, but neither the apple flavour or rhubarb were overwhelming. There can be a tendency for rhubarb to be overly sharp or stringy, but here it was subtle and well blended. Another very enjoyable yogurt.

For me there was was really no contest though, the Apple and Cinnamon had to be the winner and I’d be happy to see it in larger pots and available all year round.

Definitely, they have the usual Rachel’s taste, but with fresh new seasonal flavours that are sure to please.

Only it they were available in larger pots and become a regular member of the Rachel’s range.

For more information about Rachel’s Organic and their products visit them online at www.rachelsorganic.co.uk. On the website you can also find a huge range of mouthwatering recipes! 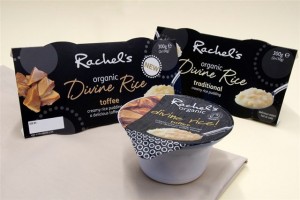 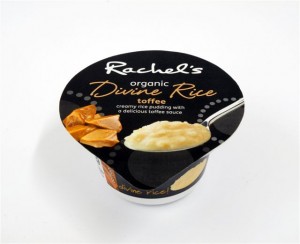 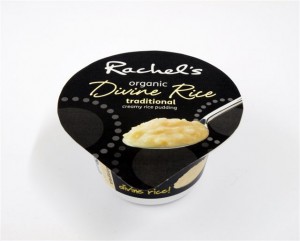