In honour of the release of Going Postal

on DVD we recently made an effort to use our somewhat dusty copy of Nanny Ogg’s Cookbook: A Useful and Improving Almanack of Information including Astonishing Recipes

and made a Discworld meal.

If your not familiar with the Discworld let me enlighten you. Discworld is a fantasy book series written by Terry Pratchett. It’s rather silly, intelligent, hilarious and addictive. In recent years Sky One has adapted three of the books, with the most recent being Going Postal.

We decided to make Howondaland Curry with Clooty Dumplings Followed by Sticky Toffee Rat On A Stick! Perhaps surprisingly (considering the names) it was all delicious! 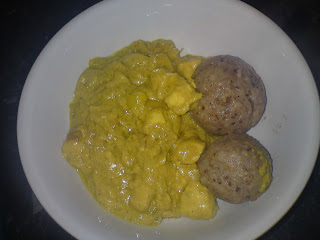 The Howondaland Curry was gorgeous and the Clooty Dumplings worked really well as a side dish. It was enjoyed by adult and child alike so definitely worth a try and we will be making it again.

Next I set to Rat making, I should probably mention at this stage that no rats were harmed in the making of this blog post, rather I fashioned some slightly dodgy copies from Marzipan. 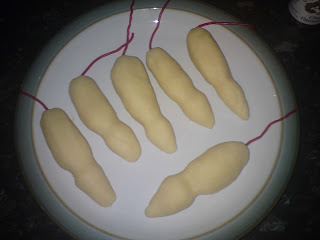 The next stages were rather fiddly and I got in a terrible mess (but surely that’s half the fun!?). I couldn’t find any black colouring to use to make the icing eyes so they received instead red eyes (it seemed like a ratty sort of colour) 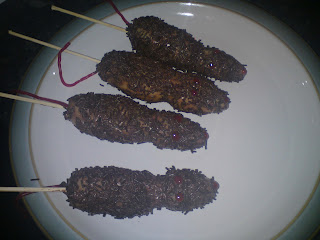 To finish I also made Wizard cupcakes, these were made up on the spot and not from the book. 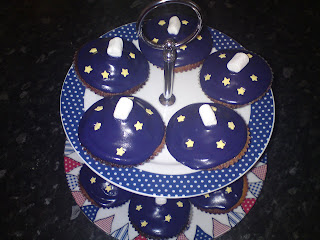 Have any of you tried out this weird and wonderful cookery book?