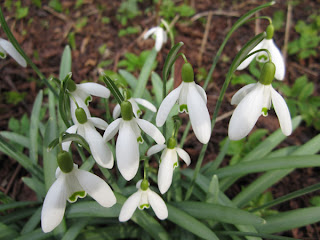 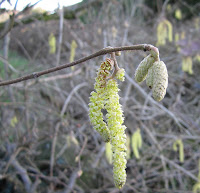 This morning I’ve woken up to light streaming through a gap in the curtains, that in itself might not seem particularly extraordinary. But when you consider the dark cold winter we have just endured, the sun had begun to seem somewhat distant. The last few days there has been a definite feeling that Spring is in the air, not just because the days have been brighter, but suddenly life is springing out of gardens everywhere. I’ve been amazed what has survived the snow and frost, we even have a large patch of last years Pansies which don’t seem to realise they are supposed to be an annual and just keep growing bigger and with more flowers. Inspired by all the new greenery I thought I’d show you a few hopeful Spring pictures that we took last week. 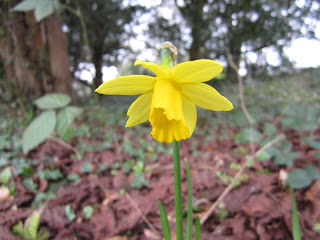 Here is a wild daffodil, it’s smaller than it might seem in the picture, but I always take them as a good sign that Spring is here. 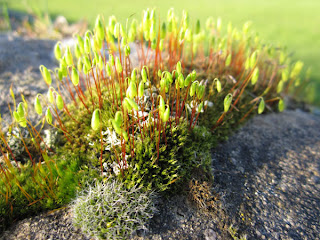 Here is a rather pretty patch of moss on a wall. The shoots are actually only about 1/2cm tall. Moss might not be everyones favourite, but on the top of an old country wall I think it looks very pretty. 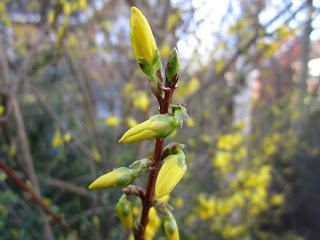 Here is a Forsythia that’s growing in the garden. These yellow buds will open up into flowers and the bush will be absolutely covered in them. The green leaves come later in the season. 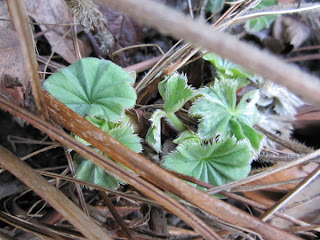 We are big fans of Lady’s Mantle at Angel Eden. If you’ve ever seen us at a show you might notice the leaf shape as we use it in a lot of our work. We even have felt versions that we display our jewellery on. Here it is beginning to peep through all the old dead growth.

I think these pictures all show very positive signs that Spring is here to stay.

Comments Off on Could Spring Finally Be Here!