Well dressing is a wonderful traditional art-form practiced across many towns and villages in Derbyshire. It is believed to have originated in the small village of Tissington back in 1349. The dressings were said to be a way for villagers to give thanks for the pure water given from the well during the harrowing threat of the black death.

Unfortunately by the 19th century the art had all but died out, but thankfully enthusiasts revived it in the 1920s and 30s and it is now once again practiced throughout the whole of Derbyshire and some of her neighbouring counties.

The pictures are made by constructing wooden frames which are then covered in clay. A design is sketched on paper and then carefully hand pricked into the clay. Some towns and villages insist that only natural materials are used in the dressings but others allow the use of coloured stones etc to make the designs easier to construct.

In Derby this year the well dressing pictures were put together over a three day period at Quad and (due to a lack of surviving wells in the city) left in the windows for visitors to admire. With the Olympic torch visiting the city this weekend they are sure to have a large audience.

Here are some pictures of work in progress: 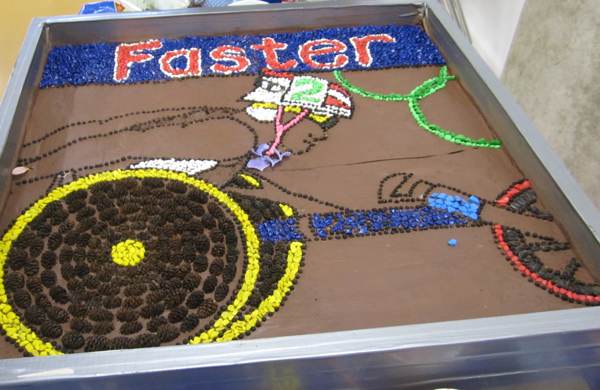 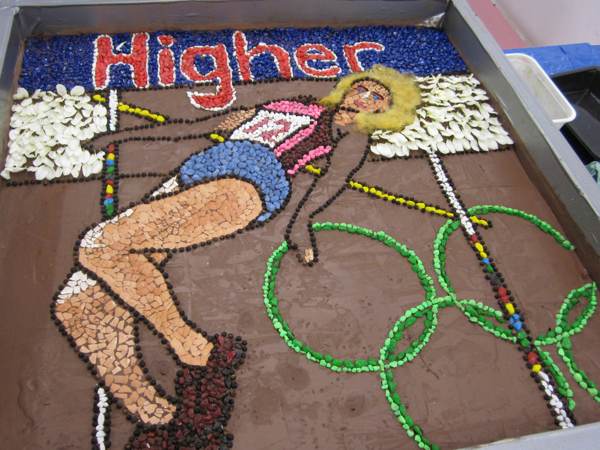 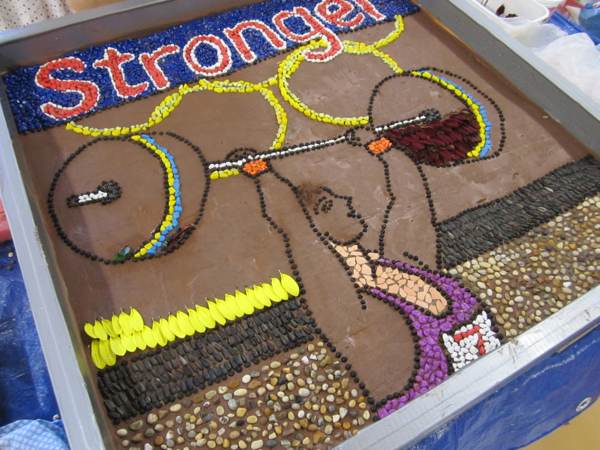 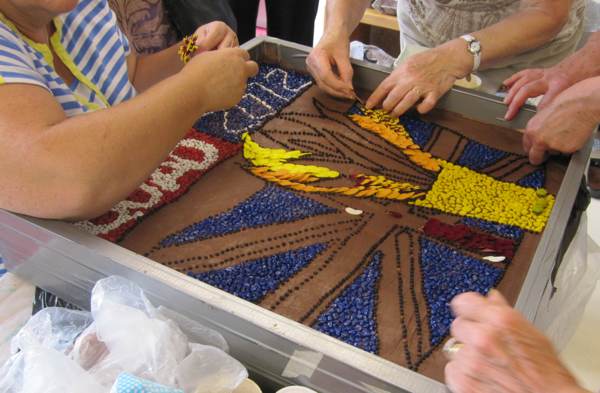 Anne took along my twins and they were able to make their own small design which has been placed in one of the windows for all to see (cue a proud Mummy moment!)

They began by choosing their design (a rabbit), they then outlined their picture in black peppercorns. 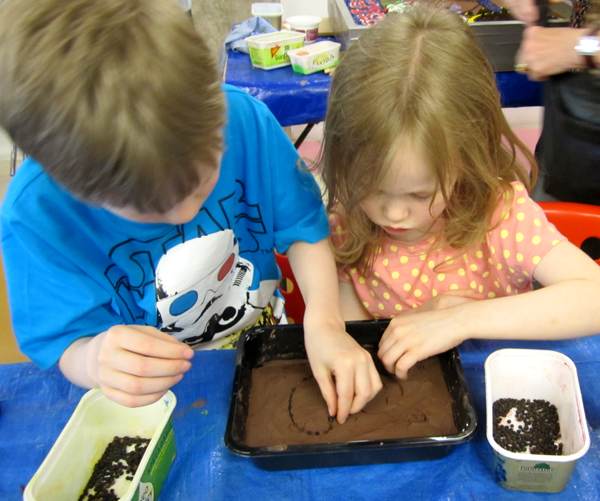 Next they chose which colours to use and how to fill in the background. I gather that they worked very hard for an hour and were very proud with the final piece.

All the well dressings can be seen in Quad this weekend along with a chance to see the Olympic Torch passing by.

Details and dates for all of the Derbyshire well dressings can be found here www.welldressing.com and they are well worth seeing.