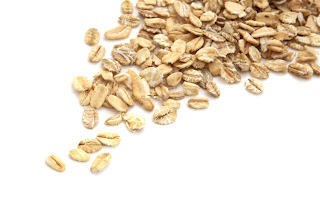 Hi folks! I did mean to write a post yesterday, unfortunately my plans got rather spoilt as my children have all come down with chicken pox. My eldest son is nearly over them and getting back to normal but my two other children are really suffering. Infact my youngest spent all last night crying and I think both he and I had about 2 hours sleep max. It’s truly awful when you’ve done everything you can for your children and they are still suffering. However this morning I was thrown a lifeline thanks to the good old Internet. Once I’d had a cup of tea and regained some semblance of sanity I researched traditional remedies for Chicken Pox. I then placed my son into a bath with the toe cut from a pair of tights filled with porridge oats. After the horrific night we’d just had I didn’t really hold out much hope, but within minutes my son had begun to calm down and stop crying. He even began to enjoy his bath and it’s given him such relief from the itching that he’s stayed significantly calmer since. He’ll be going back in before bed and I hold out high hopes for a better nights sleep. If not I will probably be able to quote many a children’s film line for line by next week.

One Response to The House of Pox!