I rarely buy ready meals as I prefer to make my own but we all like to have a night off once in a while and this is what I did last Saturday.

I was kindly given a £10 voucher to test out one of the Co-operative Meal Deals which promised a two course meal for two and a drink. It sounds like a fabulous deal, but was it?

My local Co-op had four choices for meal, side dish and sweet, plus wine or non alcoholic drinks. Not the biggest selection ever, but reasonable enough.

The wine was an easy choice as I prefer red, I chose their South African variety. I am no expert but found this a very pleasant wine and lighter than our usual, I would happily drink it again.

For the main course there were two fish dishes: salmon in pastry or paella. Or two meat: turkey breast or chicken chestnut and mushroom pies. I chose the pies as my husband is not keen on seafood.

For the side I decided on chorizo potatoes. Incidentally I could have chosen some fresh vegetables but I already had some at home. 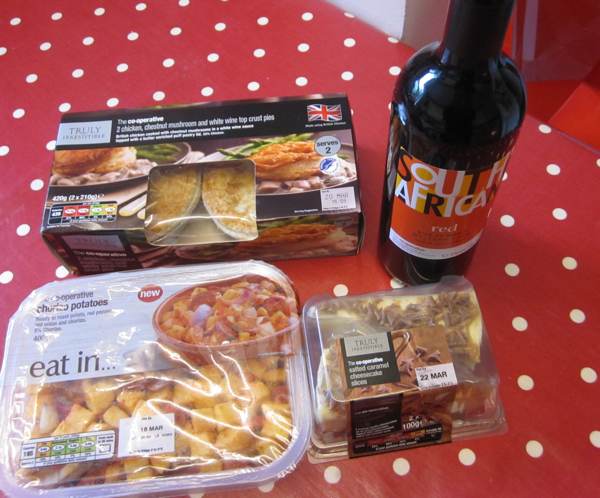 When it came to cooking the potatoes and pies they both needed different temperatures (slightly disappointing for a ready meal) so I started by putting the potatoes in the oven at 200c for ten minutes and then turned the oven down to 180c for twenty minutes for the pies, both cooked well. It was difficult to get the pie onto a plate. It came in a foil container and only had a crust on the top, hence the slightly untidy look. However the taste more than made up for it’s lack of presentation, it was delicious. You can see from my picture that I added some cauliflower and carrots. 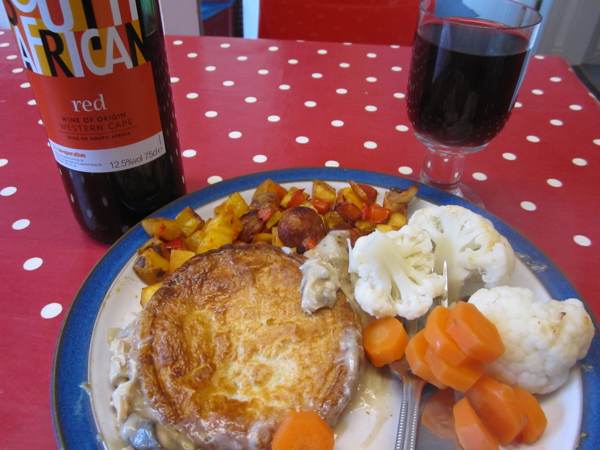 For dessert there was a choice of four but I particularly liked the sound of salted caramel cheesecake. This was very tasty on an oat biscuit base, with a slight hint of saltiness. 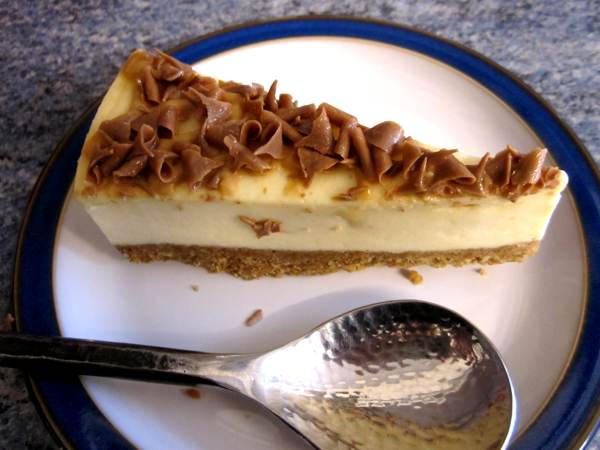 Would I buy these again.

Yes I would, as I say its not often that I buy ready meals but I would definitely try another of these for a treat and a night off from cooking.

The only thing I would say is I did feel the need to add something more to the main meal (extra veg). However I did feel that it was value for money.

It was also be more convienient if cooking temperatures matched up for sheer ease.

Comments Off on Co-Operative Meal Deal