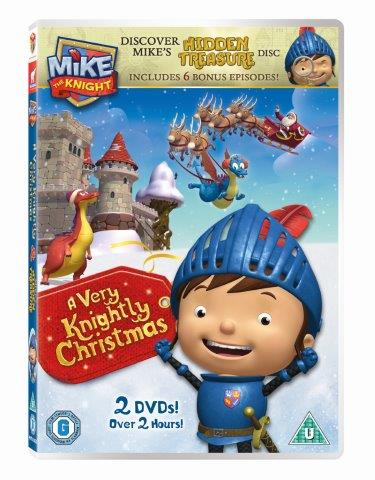 My kids are all dedicated Mike the Knight fans so when we heard there was a brand new festively themed DVD called Mike The Knight: A Very Knightly Christmas’ we were first in line to review it!

‘It’s Christmas Eve in Glendragon and one of Santa’s reindeer is sick. Mike makes it his mission to save Christmas and does everything he can to nurse the reindeer back to health, making sure he is included on Santa’s ‘nice’ list. Meanwhile, Mr Cuddles is sent on a wild toboggan ride, Squirt gets stuck in a giant snowball and Mike learns that Vikings like to have fun in the snow too.’

This brand new DVD features six fun and festive episodes that my children thoroughly enjoyed. For a parent it is a little hard watching them one after the other (or is that just me?) but if a little quiet time is needed while you sneak away to wrap some presents then I think this is sure to suit. Mike saves Christmas in interesting and ingenious ways as one of Santa’s reindeer gets sick or he’s accidentally spread presents far and wide. As is usual with the program each episode has a happy and heart-warming conclusion. My youngest knight had this to say about the DVD:

Even better there is also a special bonus DVD in the pack called:

This bonus disc contains six additional episodes which are sure to delight Mike fans far and wide. They are not festively themed in anyway but you might well find that a relief!

The RRP is £12.99 but if you’re quick I saw it priced at just £3 on Amazon.co.uk. I think this DVD set would make a great stocking filler or child occupier as it contains over two hours of footage.

For more details about Mike the Knight and his chivalrous adventures visit him online at www.miketheknight.com.

Comments Off on Mike The Knight: A Very Knightly Christmas DVD Review 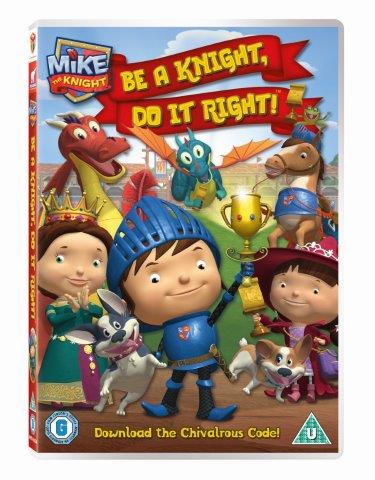 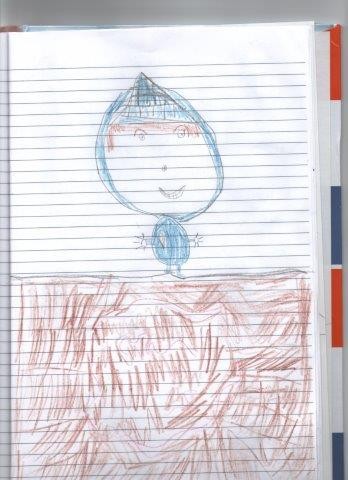 Comments Off on Mike the Knight ‘Be a Knight, Do it Right!’ Review 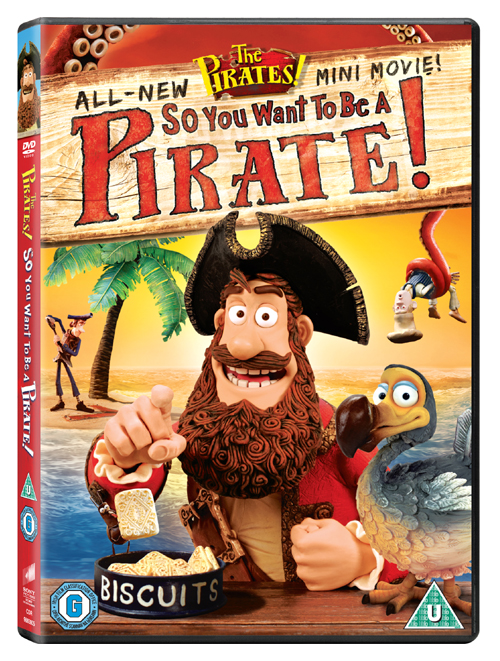